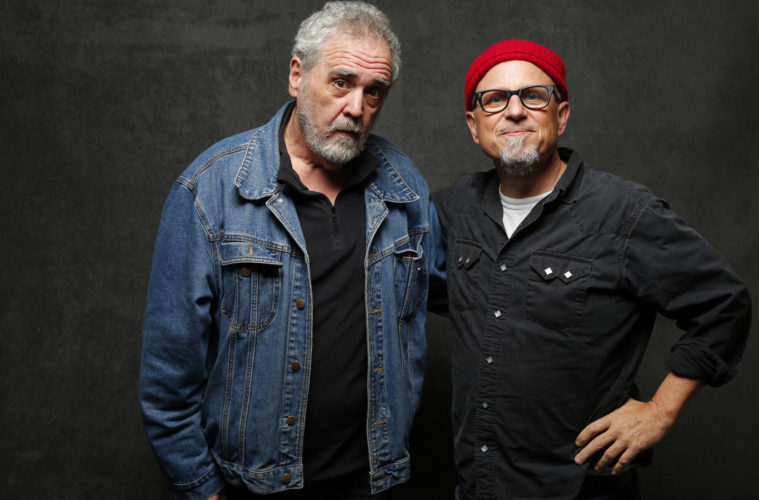 Before watching director Bobcat Goldthwait‘s documentary Call Me Lucky, out now in limited release and on VOD, I wasn’t familiar with standup Barry Crimmins who is the subject of the film. His story is both heartbreaking and uplifting. Crimmins has been very open and vocal about his childhood rape and how it affected him. But according to himself, it isn’t the sole driver of his subsequent activism and taking on AOL in the 1990s. The film also touches on Barry running a small but popular standup comedy stage and how it helped shape and launch many well-known comics, including Goldthwait.

I recently had a chance to call in to the Call Me Lucky press day with Crimmins and Goldthwait and together we touched on the AOL trial at the heart of the film, Goldthwait’s inspiration, the root of Barry’s activism, and even a fun question to cap it all off. Catch the entire conversation below.

The Film Stage: This film has two halves. The first deals with Barry’s role in the standup world and how he rose up while the second half deals with his rape as a child and how it has led him to become this activist. I’m curious, Barry, how much you wanted the film to weigh in on one side or the other?

Barry Crimmins: Well, I had no problem talking about my rape as a child because I didn’t do anything wrong. So that’s part of my healing. And it’s also a way for me to maybe set a good example for others and show that there’s a path out of it. As far as my career is concerned, I’m proud of my career. I’m sure part of my background and how I approach it is that I hate bullies. I suffered one of the ultimate acts of bullying. So there’s something there that I’m sure is part of my makeup. But I like to think that I would still be opposed to death squads and nuclear waste production facilities, wars that are redundant and stupid, militarism, bigotry, and a lot of other things. I’ve been involved with a lot of these struggles with people that aren’t rape survivors. And they somehow figured out that these things are wrong and took a stand, too. So it’s part of my story, but it’s not the real setting.

You know, speaking of your activism, I love that you took on AOL. And, just for context for anyone that wasn’t around back then, I’m trying to think of what they were like.

Crimmins: It simply was the Internet to almost anyone that got online.

Right, right. I mean, they have a movie called You’ve Got Mail. That’s how ubiquitous it became.

That was what AOL was known for. They were a juggernaut.

Crimmins: And they were training you to believe that they had the most interesting bits. “You could go to these other places, but why don’t you let us bring it to you?” But I knew that there were bad things and it was easy to get to them. One of the things that I learned that was terrible sitting in front of them for these hearings was that they asked for my testimony in advance. If you look at the AOL representative’s testimony, his testimony is in direct response to mine. Nobody gave me his testimony. So our US senators gave my testimony to the guy that was there defending the rape and exploitation of little kids. Why? Because of campaign contributions? That’s pretty scummy. I had such a watertight case that I was pummeling them. This $800 an hour lawyer in 1995 still couldn’t beat me. If you look at his face near the end it looks like he’s in the 14th round and it’s like, “Geez, the ref should have stopped this a while ago.” But I still won. That’s pretty cool. I don’t want to sound bragadocious but I hadn’t really thought about that until Bobcat told me.

Bobcat, I’m curious what kind of inclination you had going into this film. Like I mentioned earlier, the film really is a two-part story and you could have focused solely on Barry’s career. But it seems like all of the interviews you do were all leading or hinting at Barry’s rape in childhood. So, where did you feel coming into the film you were going to go?

Bobcat Goldthwait: The crux of it was always going to be Barry taking AOL to task. He had written an article in the Boston Phoenix. It was really well written and it was a great story. This was in the mid 90s and it reminded me of a Frank Capra movie. That’s what I wanted to make it into originally. I thought it was going to be a movie with another actor playing Barry. I even asked him to work on a script. It was still really raw at the time.

Can I intercede real quick? How far did you get into it?

Goldthwait: Well we both wrote screenplays. And years went by and I always had this in mind to make a movie about Barry and his story. Robin Williams was a pal of mine and he knew Barry and my passion to make a film about him. And he suggested making it as a documentary. That was just last February. He actually gave me some of the initial funding and it really wouldn’t have been made if it wasn’t for Robin. I had heard Barry on Marc Maron‘s WTF Podcast and Dana Gould‘s podcast and realized Barry was up for the task of being in a documentary. I also thought about Werner Herzog‘s movie [Little Dieter Needs to Fly] that became Rescue Dawn. So I figured I could still do it as a narrative later if I want.

So, I have to wrap up with you soon so I’ll go with a lighter question. Barry, your home is in this idyllic setting out in the woods and such. And of course it shows you have a penchant for alcohol and specifically beer. Considering this, have you ever tried doing home brew? I think it might be a nice focus.

Crimmins: No, I’m not that patient. But I have friends that brew stuff. I’ll tell you, the beer these days is too strong. So if I drank it at the same rate, you know. I had to go back to some of my old stuff. If you drink the new stuff that is three times as powerful at the same I have found it has a bad effect on me.

Crimmins: But you know I don’t even drink much at home. It’s more of a thing I do when I’m up on stage and such. Call Me Lucky is now in limited release and available on VOD.