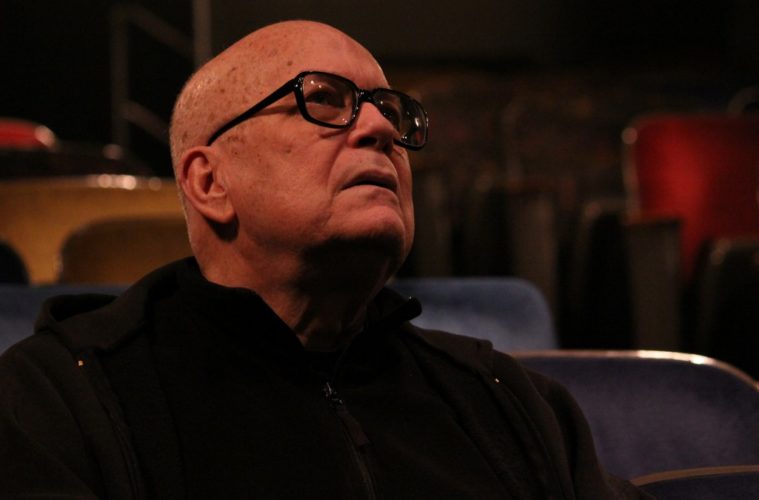 Behind many of our favorite independent films and the subsequent careers of their directors is the legendary Bob Hawk. Perhaps known to passionate followers of Kevin Smith as the man that discovered Clerks one morning in the basement of the Angelika Film Center, he used his connections to launch the director’s career. Hawk spread the word about the black-and-white, quick-witted Jersey shore comedy shot in a convenience store after hours.

We caught up with Hawk right after his biographical documentary, Film Hawk, premiered at the 2016 Sundance Film Festival. Check out the full conversation below.

The Film Stage: You’re a figure I’ve known about for years – Kevin Smith always credits you for starting his career. How did you get roped in to doing a documentary about yourself?

Bob Hawk: Well, I am known. I mean I have been on the scene for over 30 years in independent film. I have been a consultant and a producer. I have my own business Film Hawk and they [directors JJ Garvine and Tai Parquet] were clients ten years ago. They made a film called Keeping the Peace, which did not make the A-list festivals, but had a life. It won the audience award at the Philadelphia Film Festival, and it is used to this day by peace organizations. So, that was ten years ago I was consultant to them. That’s how they met me, and then a few years after that — I say they approached me three and a half years ago — they said, “Bob we want to interview you for a short. You’re an interesting figure in the independent film community.” And I said, “You really want to do a short about me?” It kept opening up and opening up and opening up and they finally realized that it was a feature. I was maybe not anxious, apprehensive, and nervous but I was a little bit appalled that there was going to be a feature documentary about me.

Although we had our world premiere yesterday and it really went very well, and there is already a good buzz around it. I already knew the filmmakers and how they worked, and they are intelligent and they’re good people, and I opened up completely. I talk about anything and everything in my life, and then I trusted them. I absolutely had no concerns. I did not censor myself and I trusted them to choose stories, and I have nothing to hide. The only thing I asked was one individual mentioned, crucially in the film, not is identified. This person is blurred out.

How did you consult with them during the process of this? Was it as uncomfortable for you as a consultant?

To a certain degree. I mean I cannot have objectivity about myself particularly. It’s very hard to look at yourself, and I feel a lot younger than 77 going on 78. I feel younger but I am that age and below the waist [Laughs] I have more problems. But anyway, this is why vanity comes into play, and of course I didn’t give notes on that, but I’d say, “who’s that old man walking around?” And there are certain angles on my belly where as I say I look like I’m eight months pregnant. But seriously, I gave them notes that were more filmmaking notes not content about me. But I do have great instincts as to length. If something goes on too long, and so the nature of most of my notes were: tighten it up, less is more. Cut. And it wasn’t cutting content, it was just tidying up.

Absolutely. I know Ed Burns in the documentary touches on it a little bit. I want to get your thoughts the current distribution, video on demand, Netflix, also the simultaneous VOD and two-screen run in New York and LA. How is that’s changing indie filmmaking? Is this a good thing or a bad thing?

Well, as I say in the film, there is nothing like seeing with an audience on the big screen, but that’s not always possible. But I love the fact that there are so many festivals where there are opportunities at least, even if a film does not get theatrical distribution, it’s wonderful to come together and have that collective experience, and I love images on big screens. However, I am also happy that there are now so many alternatives for people to access films, and there are people that can’t even go out because they’re invalids or something. Or if there is a blizzard.

No, I truly believe there should always be theatrical venues and I am very unhappy that they are closing the Ziegfeld Theatre in New York. That’s very sad because that’s a really big screen! We’re losing one of the few really big screens in New York, but, I am glad that there are more ways of film finding its audience and the audience finding the film, and the internet, search engines all that, and reaching special interest groups and all that.

I’m curious as a festival programmer myself to hear your thoughts on the regional film festival and its role and responsibilities to their audiences and filmmakers?

When I was at the film arts foundation in San Francisco I conceived, founded and was the director of the first eight years the Film Arts Festival, which ended on its twenty- first edition, but I saw the need. There was all this local work that got shown maybe once and then it disappeared and I saw the need of a showcase that was devoted to our constituency and was not just San Francisco or the Bay are. It was independent film and video makers from northern California, which meant from Big Sur to the Oregon border, and a lot of docs, a lot of shorts, some featured narratives. I loved putting together short programs and some of them were thematic or genre or even formant. I did a celebration of black-and-white films once and in black-and-white we had Super 8, we had 16 and we had 35 and we had one in anamorphic ratio, but I love that kind of stuff. Yep.

Do you have any advice for programmers? What they should be doing? Is it getting better is or it getting worse? Every town seems to have a festival now.

I think as a whole there are just festivals that are not honorable that are uh… there is a particular word? Where they are all about taking filmmakers’ money. But with the reputable film festivals, the programming is getting better because there are more good films being made.

I thought when the recession began that there would in a couple of years be less film, but what happened at the same time, the new technology, the new cameras. So there were more films, and so it’s a tougher job because there are more entries. But there are more good films to choose from and there are more bad films [Laughs] that have to be waded through. But it’s generational thing also; you now have people who have grown up in a festival culture.

When I was younger than I am now, 30 years ago, there wasn’t a big film festival culture. I mean there were a few big film festivals. Sundance began small, you know, but there was a Berlin, there was Cannes. So you have young people being born, raised in a culture of festivals and they attend festivals and they see programming, how people program. So there is a growing intelligence. So I think programming is getting better in general because they have more good things to choose from and they have grown up in a culture of programming.

The film talks about how you’ve done various odd jobs to make a living. I’m curious, how do the indie filmmakers you consult make their living?

There’s all kinds of variations on keeping body and soul together. In my life’s arc, being in theatre and in film I have had very fallow periods where I’ve had to do all kinds of jobs – a copy editor, a proof reader – but I’ve also been a waiter, bussed tables, a dish washer. One summer I was a roofer’s helper and it was the dirtiest hardest job I’ve ever done in my life. But you have to be willing to make a living. I know some filmmakers who have been desk clerks, you can trade shifts with people with and all of that. Then there are filmmakers who make independent films and documentaries for love and they earn quite a good living financing their passion projects by doing industrials and commercials. They make quite a living using their filmmaking skills and equipment. Some beautiful personal films have been made by people who learn a living making commercial work. Now The Film Stage, are you referring to live theatre?

Not necessarily – occasionally we branch out to include other media coverage.

Because you know I have a whole life in the theatre. Actually, being the age I am at 77 and I have been in independent film for 30 years, I was 40, what 47? So I had a whole life in the theatre as first a techie off Broadway in the 60’s and then I became a stage manager and one of the reasons I got into independent film was that in theatre you really learn storytelling and dramaturgy and I was seeing a lot of independent films, particularly narratives, where the script was not fully developed. They were so anxious to shoot and also some didn’t know their script wasn’t developed, and in theatre you develop in rehearsal, four to six weeks of rehearsal and then you go into preview, then you freeze it. But filmmakers don’t have that luxury and so I saw all these films that were trying to solve problems in the editing room that they could of solved more easily at script stage. So I thought, I have something to offer. I have learned so much in theatre that I have something to offer to filmmakers. And it was an early stage of independent films and there weren’t a lot of me’s, but in the theatre there were a lot of good stage managers that I really felt I want to help these guys because I had learned so much through theatre.