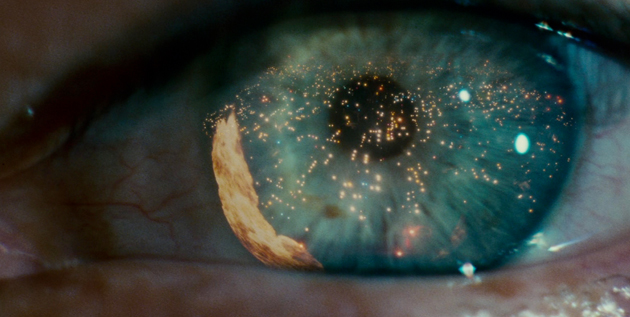 It’s exceedingly likely that your primary association with Hampton Fancher is Blade Runner, on which he served as co-writer and executive producer; and if you have another, it’s probably Blade Runner 2049, on which he also served as co-writer and the story’s architect. Little is it known that the scribe, actor, and director has had one of Hollywood’s strangest ascendancies, a trip marked by happenstance, romance, crossing paths with legends, and perhaps divine fate — a series of stories so good that Michael Almereyda (Marjorie Prime, Experimenter) turned them into a feature-length documentary whose intoxicating style is somewhere between the career-spanning De Palma and juxtaposition-heavy films of Thom Anderson (Los Angeles Plays Itself).

Escapes, executive produced by Wes Anderson, begins its theatrical run in just under two weeks, and we’re happy to exclusively debut the trailer courtesy of Grasshopper Film. Word has been strong since it premiered at BAMcinemaFest last month, with our own review endorsing Almereyda’s approach: “Reading about Fancher’s life doesn’t compare to hearing him narrate it, and Almereyda makes the most of this Dickensian hero’s qualities by having him share some of his most unique anecdotes. Narration is juxtaposed with cleverly selected and edited shots from TV and film appearances — as well as those of other celebrities mentioned, e.g. his friend Brian Kelly of Flipper fame, and his former romantic partners Teri Garr, Sue Lyon, and Barbara Hershey — that give Escapes the shape of a collage or a Russian doll, depending on how Fancher is telling the story.”

Directed by Michael Almereyda (Experimenter) and executive produced by Wes Anderson (The Grand Budapest Hotel), Escapesblazes a wild path through mid-20th-century Hollywood via the experiences of Hampton Fancher – flamenco dancer, actor, and the unlikely producer and screenwriter of the landmark sci-fi classic Blade Runner. (Fancher also penned the story for its sequel, Blade Runner 2049.) A consummate raconteur, Fancher recounts episodes from his remarkable life — romantic misadventures with silver-screen stars, wayward acts of chivalry, jealousy, and friendship — matched with a parallel world of film and TV footage wherein Fancher plays cowboys, killers, fops, cads, and the occasional hero. Escapes shows how one man’s personal journey can unexpectedly shape a medium’s future.

Escapes begins its theatrical release on July 26 at the IFC Center.