BIFF Review: We Burn Like This Walks Through a Dense Minefield of Emotions 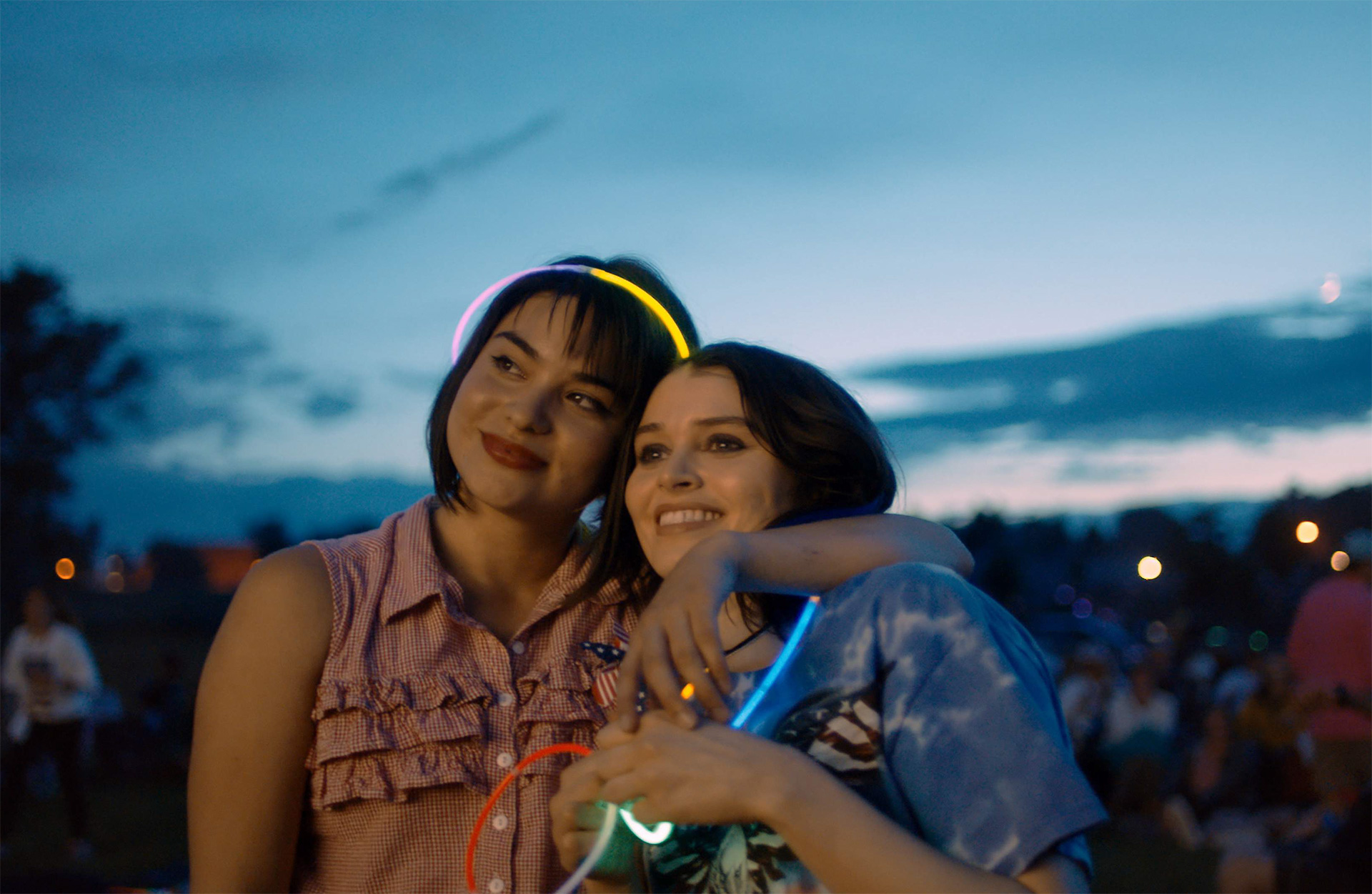 Though she had just experienced the racial abuse of a redneck throwing a glass bottle at her Native American roommate Chrissy B. (Devery Jacobs) before screaming “Go back to your country,” Rae (Madeleine Coghlan) doesn’t quite believe she might have been herself upon finding an anti-Semitic flyer in their door handle. She wonders aloud how such hatred could still exist in America, completely missing the correlation to what happened the other night. And it’s understandable. Those of us who have gone most of our lives passing as “white” have unwittingly been afforded a privilege that can and will be taken away the moment that which makes you an “other” becomes the fashionable thing to hate. An identity spiral follows—your ancestors’ past becomes your present.

Writer-director Alana Waksman spent six years developing We Burn Like This to “sort through [her] feelings about [her] Jewish identity, the inherited effects of historical trauma, and what self-acceptance and self-love looks like.” It’s a necessary glimpse into how deep such things go, and how little we as a species learn from the violence we endure over and over again. By setting the story in Billings, Montana—a place that Chrissy describes as having forced her people into exile down south, only for them to defiantly return after finding nothing but death there—we can see exactly how bigotry and racism becomes so casual. Chrissy’s own boyfriend (Tyson Gerhardt’s Tiger) “corrects” Rae when she comments about them being a home-grown couple. He clarifies: “Well, she’s from the reservation.”

Those sentiments are “normal” in Rae’s mind. They’ve somehow become acceptable. Maybe the comments about her own heritage have, too. Maybe she simply hadn’t been able to notice the shift both because she never had to—because it was always there. Now that she finds herself at a crisis point, however, nothing can be ignored. Chrissy spending time with Tiger feels like abandonment. Her ex-boyfriend (Nathan Snow’s Johnny) having a new girlfriend feels like a betrayal. Thinking about that flyer as something intentional causes her to pause and wonder if she should continue letting her religion be a background accessory (like her hamsa keychain) or if she should embrace it as a part of who she is as a granddaughter of a Holocaust survivor.

It’s a lot to process in a short period of time, and self-destruction almost becomes a foregone conclusion when Rae stumbles across the older Wolf (Andrew Rizzo) and his seemingly endless supply of Oxy. The difference between escapism as fighting back or numbing comes into focus with more societal mirrors (Exxon’s ravaging of nature and economics is mentioned) and quick glimpses into the past—her own via a childhood accident with fire and her grandmother running through European forests—forcing her to confront it. When does running away from something become running towards something else? Add revelations about her mother (Casidee Riley’s Maggie) and you understand what it means when someone tells Rae she has “survivor’s blood.” The question is whether she’s ready to believe it for herself.

The journey can seem jam-packed because of the short runtime (80 minutes), but I don’t think there’s anything here that can really be removed. It’s not like this is a five-day span where Rae’s world is sent sideways with anti-Semitic encounters lining up like dominoes (the flyer, white supremacists, Catholic missionaries, etc.). Time is condensed, sometimes even lost when waking up with a hangover (or worse). And it works because that is how this character is experiencing it. The days and events are running into each other as she struggles to get out of the panic attack that is her self-awakening. One revelation leads to the next, whether big or small. Rae is discovering just as much about herself as those neighbors she thought were safe.

Through that dense minefield of emotions one can sense how personal this film is to Waksman. Whether it’s Coghlan descending to her breaking point or Jacobs finding the calm to explain facts that shouldn’t need to be explained, these are lived-in characters tapping into an authentic duality that comes with being American in a way that doesn’t erase your ethnicity or ancestors. Though Waksman moves beyond race. There’s the relationship between place and self to which Wolf has succumbed; romantic blind spots of implicit indoctrination; what it is to be a woman in a patriarchal nation; and the disconnect between parental responsibility and individual pleasure. It’s a wonder Rae was able to keep everything together as long as she had. We’re often stronger than we know.

We Burn Like This isn’t, however, about finding answers as much as it is exposing the questions. Rae isn’t suddenly healed of her pain by the end, but she is put on a path towards the sort of healing we all must actively seek daily. Her eyes are opened in ways that allow her to be empathetic to those she believed had wronged her (her mother) and more empathetic to those she perhaps only superficially understood (Chrissy). And while Waksman uses Judaism as a cultural and spiritual lens to provide hope and clarity at a moment of confusion inside and out, it too is merely one more open-ended road. Does Rae need the synagogue to find salvation? No. But maybe it helps her get closer to knowing herself.

We Burn Like This is playing as part of the Buffalo International Film Festival.