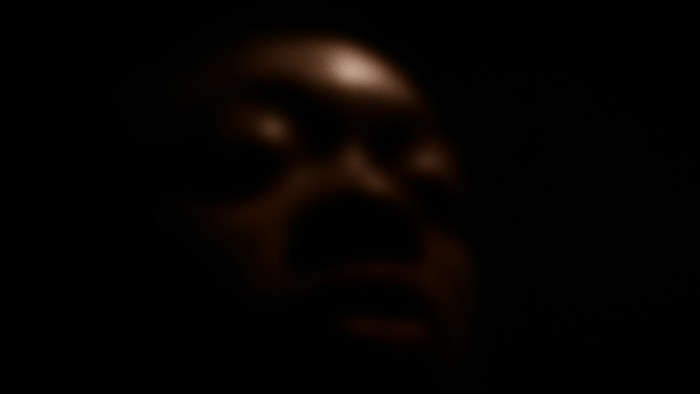 Dreams are abstract beasts at the best of times and we’re offered a meditative window (if little else) into them in Somniloquies, a new abstract documentary from Varena Paravel and Lucien Castaing-Taylor. It’s the latest experimental piece from Harvard’s Sensory Ethnography Lab (S.E.L.), a rightly celebrated institute best known for producing Manakamana in 2013 as well as the immersive fishing trawler documentary Leviathan from 2012. It’s built around the tapes of one Mike Barr who, over the course of seven years in the 1960s, recorded the ramblings of his flat-mate, a songwriter named Dion McGregor, as he slept. McGregor gained notoriety for narrating what happened in his dreams and became known, according to studies, as one of the world’s “most prolific sleep talkers.”

Unlike their previous cinematic offerings, Paravel and Castaing-Taylor present these recording with a rather dull visual aesthetic. The audience is presented with around twenty-five nude models, shown consecutively, shot in the dark with minimal light and out of focus. Indeed, we only fleetingly get the impression of their physical form and are mainly left to consider globs of pink. Some turn out to be arms. Some turn out to be penises. You get the gist.

These subjects range in gender and age, floating around the screen like a lava lamp, a basic composition of black and skin. The tapes themselves, it must be said, are not a great deal more interesting. McGregor’s so-called somniloquies range from a detailed tour of a Midget City to various arguments with men and women (voices included), but mostly seem to consist of strange nightmare visions. At one point he even seems to be speaking some form of Japanese.

If I may throw objectivity to the wind for a moment, I found it difficult, at times, to shake the feeling of hanging out with that friend (and there’s always one) who claims to have O.C.D. because they have to switch the T.V. on and off three times before they can watch anything. It’s not difficult to imagine how far out it must have been to hear McGregor’s tapes in the Beat generation hang-outs of 1960s New York. Heard today, however, they come off as just a little tedious. It’s a cinematic equivalent of a Rorschach test, one designed to examine the subject but also, in a way, the viewer, so your mileage may vary in terms of getting on board here. Indeed, the more one buys into the process, the more there might be to get out of it, and it’s safe to assume that anyone who watches it will enjoy a radically unique experience.

Somniloquies an uncompromising experiment and we should expect nothing less from the radical Harvard eggheads. There’s no doubt they are doing great work and it’s a marvel that the place even exists. However, with their latest feature, the inclination to nod off is a formidable one. But then, perhaps that’s the idea.