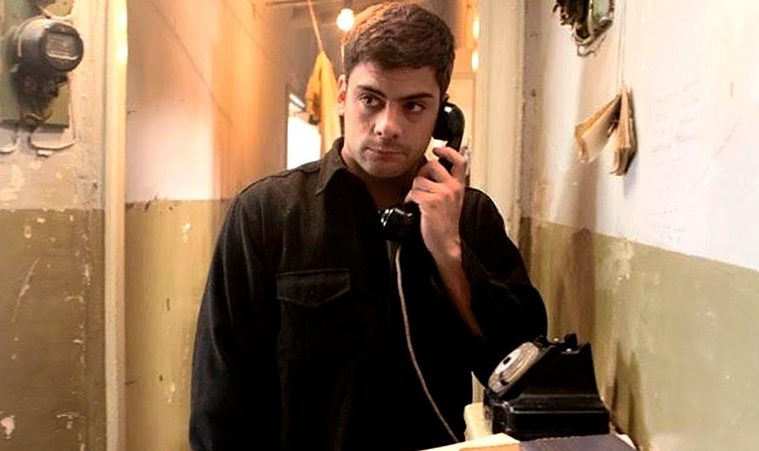 The story of Sergei Dovlatov is the kind of tale we’ve heard before. A writer who grew up in the USSR, Dovlatov fled his home country in 1979 after failing to achieve much success at his craft. He died of a heart attack in 1990, and in the years since his death he’s been recognized as one of Russia’s best writers of the 20th century. This kind of tragic material has been covered many times before in film (a recent example being the Emily Dickinson biopic A Quiet Passion), a fact that director/co-writer Aleksei German Jr. seems highly aware of. In Dovlatov, German hones in on a brief part of his subject’s life, and by doing so he focuses less on who Dovlatov is and more on how his environment defined him. It makes for an engaging experience, one that tweaks the biopic format to something more unconventional in its approach.

Dovlatov takes place over a six-day period in the life of its eponymous writer (Milan Marić) in November 1971. He works for a factory newspaper in Leningrad, writing articles about things he couldn’t care less about, and can’t find anyone willing to publish his personal works. A new assignment at his job to report on the making of a film only inspires him to write about it with derision, and one magazine’s insistence he write them a “positive” piece makes him bristle. In other words, he’s an artist living in a world that doesn’t want his art. He deals with his misery by hanging out with other artists in similar predicaments, all of them blocked from doing what they love by their government.

The community and camaraderie of these outcasts (or, as one character calls them when she kicks them out of her apartment, “riff raff”) is where German’s interests lie, and despite his near-constant presence, Dovlatov himself can sometimes get drowned out by the rest of the film. As a person whose life sits in a sort of limbo, Dovlatov floats from one place to another with each passing day, existing in various spaces while encountering different personalities. German’s direction goes with the flow, giving off an impressionist vibe that conveys Dovlatov’s emotional state while putting more of an emphasis on everyone and everything surrounding him. At the center of this lies a struggle between defining oneself or letting others define for them.

This gives the film a universal entry point for viewers, letting Dovlatov double as a representation of the agony that comes with art and creativity. The screenplay by German and Yulia Tupikina contains plenty of lines that cut to the heart of struggling to live a life without compromise. And the cinematography by Lukasz Zal (who also shot Pawel Pawlikowski’s Ida) lets scenes play out in long, elaborately choreographed shots designed to focus on the ensemble rather than the camera itself. The immersive, cinematic visuals go a long way to letting German’s film keep some momentum, even with its lack of plot and a runtime just over two hours. Dovlatov certainly won’t be considered a definitive film about its subject, and there’s nothing wrong with that. German uses this six-day window to evoke a specific time and place, and through that specificity, he creates a satisfying ode to the struggle and resilience of creating art.