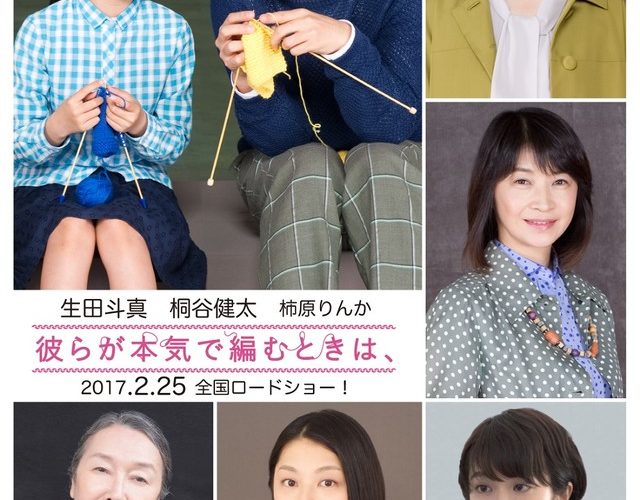 If the direct emotion pull and inclusive vibe of Naoko Ogigami’s Close-Knit could be expressed in a single scene it would perhaps be the moment early (Ogigami’s only use of flashback) when a central character named Rinko (played by Tomo Ikuta) remembers the day when she came home from school to find that her mother had bought Rinko her first bra and knitted her some fake boobs. We learn that some students had been bullying and body-shaming Rinko in P.E. class and so understandably (and adorably) her mother wanted to help her get through it. Like much of the film, it’s a basic enough scene: classy without the need for flash; simply shot in crisp natural light; unmistakably sentimental but with an earnest and playfully subversive undercurrent of humor running through. The rub here is that Rinko was not born a woman and is struggling with her transition. Thus, the great warmth of her mother’s gesture is further enhanced by the fact that she has chosen to accept, embrace and, yes, love her child for who she really is.

Close-Knit isn’t necessarily Rinko’s story, as such. It’s the story of a young girl named Tomo (Rinka Kakihara) who — having been practically abandoned by her young single mother — is taken in by her uncle and his new partner, Rinko. We meet young Tomo looking solemn, sitting alone beside a pile of empty rice-ball wrappers in a slightly shabby single room apartment. She’s not on Skid Row just yet, but thing’s are looking a bit grim. Upon learning of her situation, her endearingly goofy uncle Makio offers to take her in and look after her, at least until her mother reappears.

Tomo is taken aback by Makio’s new partner at first but, having had a rough time of late, she doesn’t take long to warm to Rinko, her warmth, the happiness she brings to Makio’s life, her cooking and, as Tomo puts it, the most beautiful Bento boxes you’ve ever seen. Soon she’s defending her against prejudice in public and Ogigami lets Tomo’s newfound understanding trickle down to her relationship with a questioning boy in her school.

Rinko’s Bento are so beautiful, in fact, that Tomo can’t bring herself to eat it one day and ends up curled up on the couch, groaning with hunger. It’s one of a number of sections of Ogigami’s script that could, in the hands of a less dedicated cast, have come across as hammy. Indeed, everybody involved here is on the same wavelength that it’s difficult as an audience member not to hop on with them. Surely aware of such things, Ogigami also counteracts the film’s overt sentimentality with a surprisingly subversive thread of euphemistic humor — it’s not exactly Gaspar Noê, but there is at least one slow motion pillow fight using intentionally phallic knitted pillows. You won’t see that in Ozu.

Combining cinematographer Kozo Shibasaki’s naturalistic aesthetics and attention to texture and detail with a central theme of nurture taking over from nature, Ogigami’s film could quite easily be mistaken for the work of her contemporary Hirokazu Kore-eda, another great director of modern Japanese melodrama. The fact that she has chosen to focus on an LGBT experience, something that has been absent from Kore-eda’s work to this point, might suggest that Close-Knit is somehow a departure from that tradition of filmmaking. Surely the contrary is true: it’s another story of Japanese life, not a different story necessarily, and it’s presented exactly so.

It is because of this tonal proximity that Ogigami’s film never feels weighed down by its delicate subject matter, nor does it underplay it or come across didactic in its delivery. Indeed, with Tomo’s future and (for want of a better word) simple goodness in the balance one might find the tremendous emotional swells of Close-Knit so moving at times that one can barely hear the sound of fresh ground being broken in Japanese cinema.