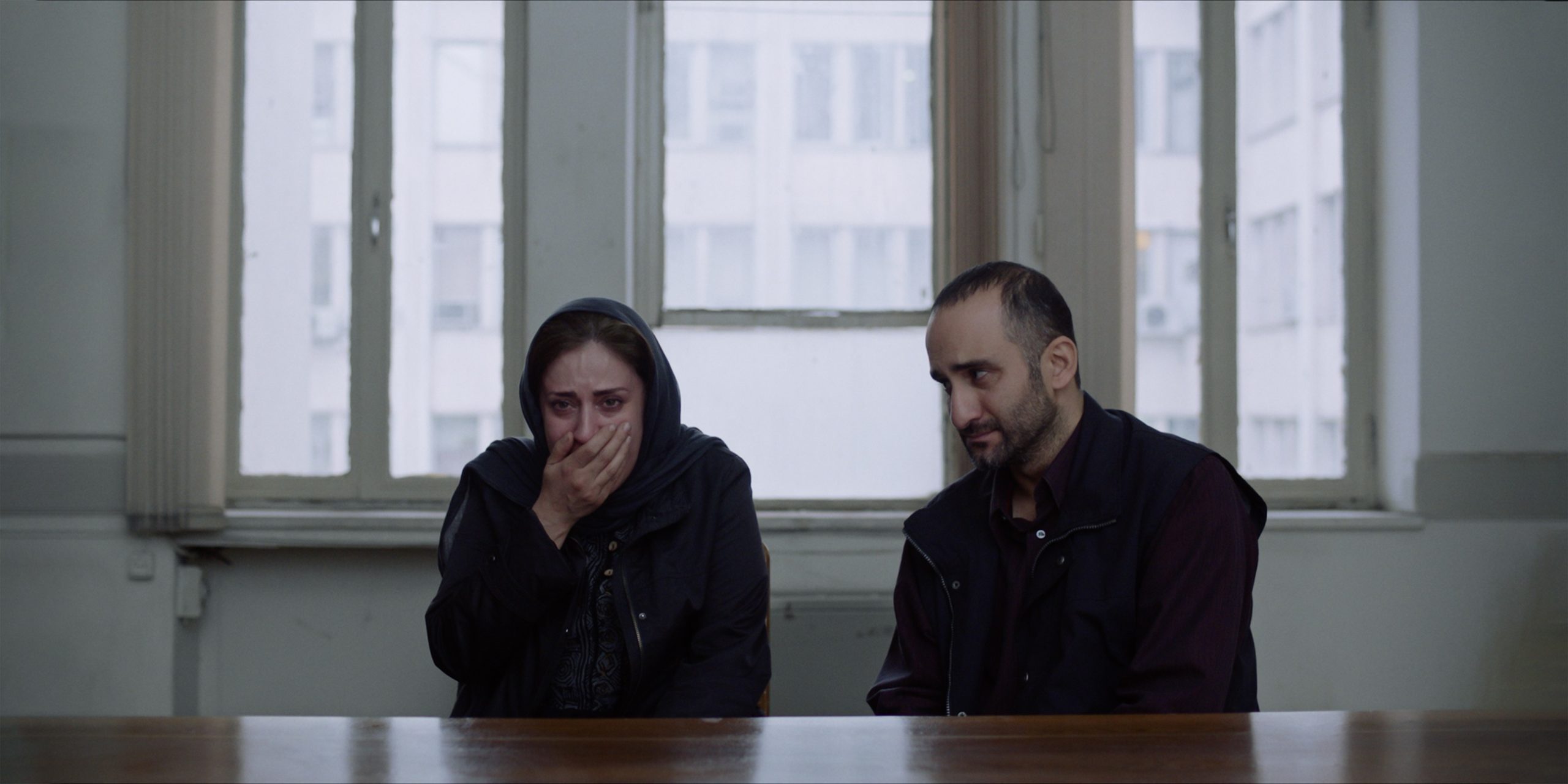 The cruelty of the Iranian justice system is in the spotlight again in Ballad of a White Cow, the compelling debut of directing team Behtash Sanaeeha and Maryam Moghaddam that unfurled in competition at Berlin. Just last year, Mohamad Rasoulof won the festival’s top prize for his anti-capital punishment polemic There Is No Evil, a masterful weaving of four storylines that showed how a morally bankrupt state corrodes those forced to carry out its functions, a searing portrait of the banality of evil.

Ballad of a White Cow covers some of the same tracks, but it’s a more personable film, almost entirely centered around a deft central performance by its co-director, Maryam Moghaddam, as Mina, a young mother struggling after her husband Babak is wrongfully sentenced to death for murder.

In a Kafkaesque sequence of events, the Iranian authorities tell her that a witness to the crime was the actual murderer, offering Mina a token amount of what they chillingly term “blood money” as compensation. They tell her to forget the incident and move on, calling it “God’s will” for her husband to die, a reflection that might be comic were its implications not so chillingly gruesome.

The indignant Mina starts a one-woman campaign to take the case to the appeals court, over the protestations of her brother-in-law (Pourya Rahimisam) who romantically preys on the grieving Mina. But just as her money begins to run out, a mysterious, sorrowful man Reza (Alireza Sanifar) turns up at her door, saying he has come to repay a debt he owed to Babak.

For Mina he’s a gift sent from God, someone who offers her financial support and an apartment for her and her daughter––who, in a metaphorical flourish, is deaf––as Mina’s in-laws and Iran’s faceless bureaucracy turn their back on her. The film, and Moghaddam’s careful performance, strongly articulate the trials to which a young single mother endures in a society riven with misogyny.

As Reza becomes a greater part of her life, Mina emerges from her black mourning clothes and dons makeup as she develops blossoming romantic interest in the older man, who is wealthy and drives an expensive car. But why does he always appear haggard? For us in the audience we recognize something unsettling about Reza, whose sudden appearance in Mina’s life is surely no coincidence. Sure enough, he’s more entangled in Babak’s case than Mina imagines.

It all builds to a scene in which, with considerable precision, Mina comes to realize the link between herself, Babak, and Reza (a connection signalled to the audience perhaps too early). The revelatory sequence, all in one unbroken take on the front hood of a car has some of the shock tactics of Michael Haneke, and there’s a final scene of quite menacing, if melodramatic, brutality.

The film is bookended by a stark image of a white cow trapped in prison barracks, a reference to a religious Sharia ceremony and a metaphor for an innocent condemned to die. Ballad of a White Cow captures how any semblance of innocence is the first thing shattered in such a repressive regime.

Ballad of a White Cow premiere at the Berlin International Film Festival.