Berlin Review: There Is No Evil is a Major Work of Iranian Cinema and a Testament to the Oppressed 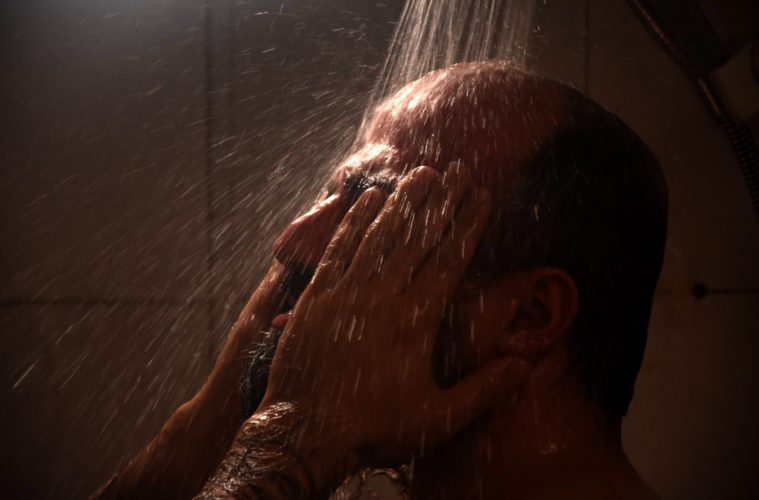 Iranian director Mohammad Rasoulof won Cannes’s Un Certain Regard award in 2017 with his bruising, brilliant drama A Man of Integrity, which explored how an oppressive regime crushes independent thought. On his return to his home nation, he was arrested, thrown in prison for a year, banned from leaving Iran, and forbidden from filmmaking for life. Not that it stopped him. Just three years later, he’s made a major work of recent Iranian cinema. Not since A Short Film About Killing has a filmmaker produced such a thrilling case against capital punishment, an enraging, enthralling, enduring testament to the oppressed.

With There is No Evil, Rasoulof has secretly filmed an anthology film of four stories–apparently because Iranian authorities are less concerned with short films than features. And yet even with those difficulties, the director has produced a work of clarity that should rank him alongside Golden Bear winner Panahi as a chronicler of the livelihoods of those under Iranian repression.

Iran executes a higher number per capita than anywhere else, according to The Economist, and the stories here revolve around capital punishment, although the directness in which the subject is addressed is fluid. The philosophy or morals of the death penalty is not always what is at play in each story. The film’s intention is more to address the question of “What would you do in their position?” Rasoulof’s point is that oppressive regimes create a society in which freedom to decide is forbidden not just in a practical way by means of laws, but it encroaches on the thoughts you process–the inability to decide for yourself almost becomes a psychological state.

The executioners here aren’t bad people–sometimes, as in the case of conscripted soldiers in  military service, it is plainly absurd that they have to carry out executions. It is the system that puts them in these unenviable positions, in Rasoulof’s words, a result of being part of the “machine of autocracy.” But the film also argues that they aren’t blameless either. These characters are in a position to say no. They can defy their orders if they want to, despite the pain of the consequences of their actions.

The four stories are dexterous in their use of genres: the first is a slow-burning domestic drama about a bored, depressed (or is that shell-shocked?) father (Ehsan Mirhosseini), which concludes with an astonishing, shocking coup de cinema. The second is in turns a thriller and an upturned prison-breakout movie. The third presents a beautiful, sad romance between a couple (the excellent Mohammad Valizadegan and Mahtab Servati), that shows deftly that the political is personal. And the fourth a cross-borders tale that explores duty and family, with a provocative, open, questioning finale. Rasoulof knows just when to bring in political discussion and when to leave unbroken, more ruminative stretches in which images fill the gaps.

Each sequence has outstanding moments. The first carries an extraordinary power in its creeping terror of the banality of evil. The second, in which the conscripted executioner is more distraught than the condemned, ends with a glorious, hopeful, but undoubtedly melancholy sequence, to the tune of the Italian anti-fascist anthem Bella Ciao. And the third and fourth revolve around narrative twists that, while signaled somewhat in advance, are startlingly moving. And while anthology formats often distract from a convincing, natural narrative, there is a clear sense that these disparate stories are not unconnected, much like Kieslowski’s Dekalog, of which A Short Film about Killing is a part.

The film was inspired, according to the press notes, by Rasoulof spotting his former interrogator at the bank. Instead of approaching him to “angrily scream at him,” he couldn’t see in him “an evil monster.” Indeed, what we can see in these flawed characters is not the personification of evil, but the way acts of evil perpetrated by a state have corrosive consequences for those who carry out their duties. It makes it something of a secular companion piece to Terrence Malick’s recent A Hidden Life. Evil, in Rasoulof’s terms, is born of an individual’s lack of defiance against the things they think are wrong. But as the director, now under permanent house arrest, will attest, the consequences of taking a stand are never straightforward.

There Is No Evil premiered at the Berlin International Film Festival.