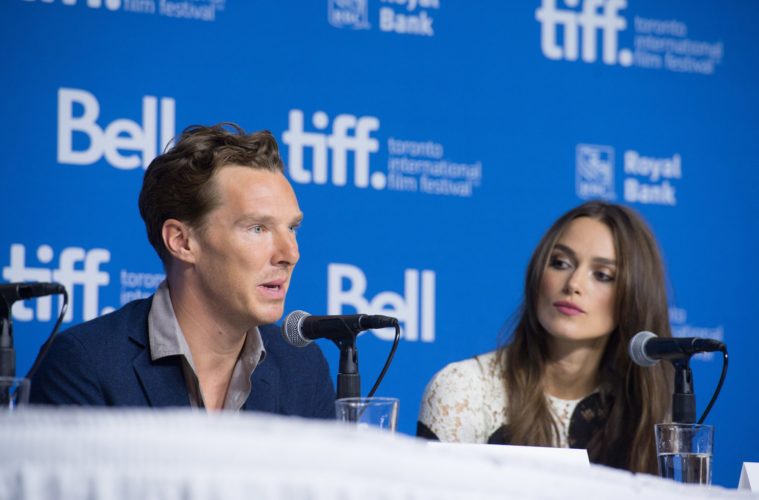 After premiering at Telluride Film Festival, the Morten Tyldum-directed Alan Turing biopic The Imitation Game stopped by Toronto International Film Festival with much praise directed towards its cast, including Benedict Cumberbatch, Keira Knightley, Matthew Goode and Allen Leech. The group gathered to discuss the project at the festival’s press conference, and the full, 40-minute talk has made its way online.

To catch up the unfamiliar, the drama tells the story of Turing, a mathematician and closeted homosexual — unable to come out because of social stigmas and laws — at Cambridge University during WWII, working to decipher Nazi codes with an enigma machine. As Tyldum’s first crack at an English-language film, he notes that upon reading the script, he became intensely passionate about the subject and immediately knew he wanted Cumberbatch.

As an actor, Cumberbatch is well-versed in taking on real-life figures, and we’ve also included his portrayal of Stephen Hawking in a 2004 BBC drama, which should make for a worthwhile viewing ahead of this fall’s The Theory of Everything. Back to the press conference, the principal cast members all discussed their extensive research, as well as their passion for bring Turing’s story to screen, noting that his lack of fame does not determine the importance of his contributions to the modern-day world.

Check out their discussion below, along with the full biopic: