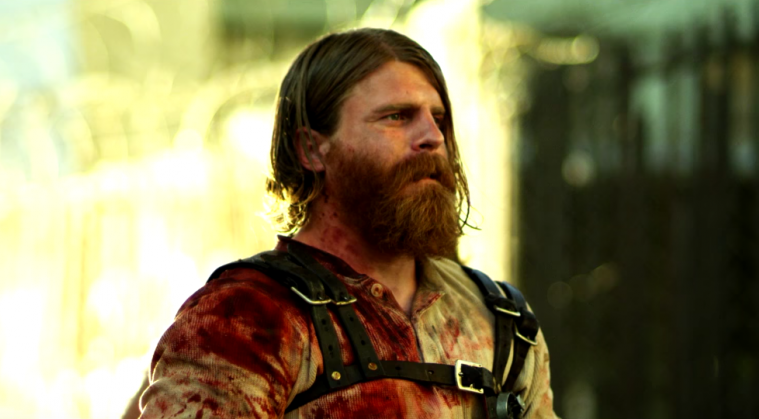 Premiering six years ago, almost to this date, at the Sundance Film Festival, Bellflower emerged as one of the most impressive indie features of 2011. A rough-and-tumble, low-budget production that was refreshingly difficult to categorize, we’ve been waiting to see what director-writer-producer-editor-star Evan Glodell would be taking on next. Arriving this summer is the latest film from Glodell’s Coatwolf Productions, Chuck Hank and the San Diego Twins, and now the first teaser has arrived.

While it’s not directed by Glodell — that duty goes to Jonathan Keevil (composer, editor, and producer on Bellflower) — he stars in the film, which takes a more genre approach than their last project. Upping their scale, it’s set in a futuristic world where our titular heroes must save the planet. With impressive visuals, mixing very different styles, we’re looking forward to this videogame-influenced adventure.

The Syndicate, an evil gang bent on world domination, summons a secret weapon from the heavens and breaks the long-standing truce with the San Diego family by kidnapping their sister and cutting off the town’s supply of Tatsui Power-Up Drinks. Now Chuck Hank and the San Diego Twins must decide whether to fight – risking their lives, family, and the future of Flat Earth – or surrender their land to save their sister.

Chuck Hank and the San Diego Twins will arrive this summer.