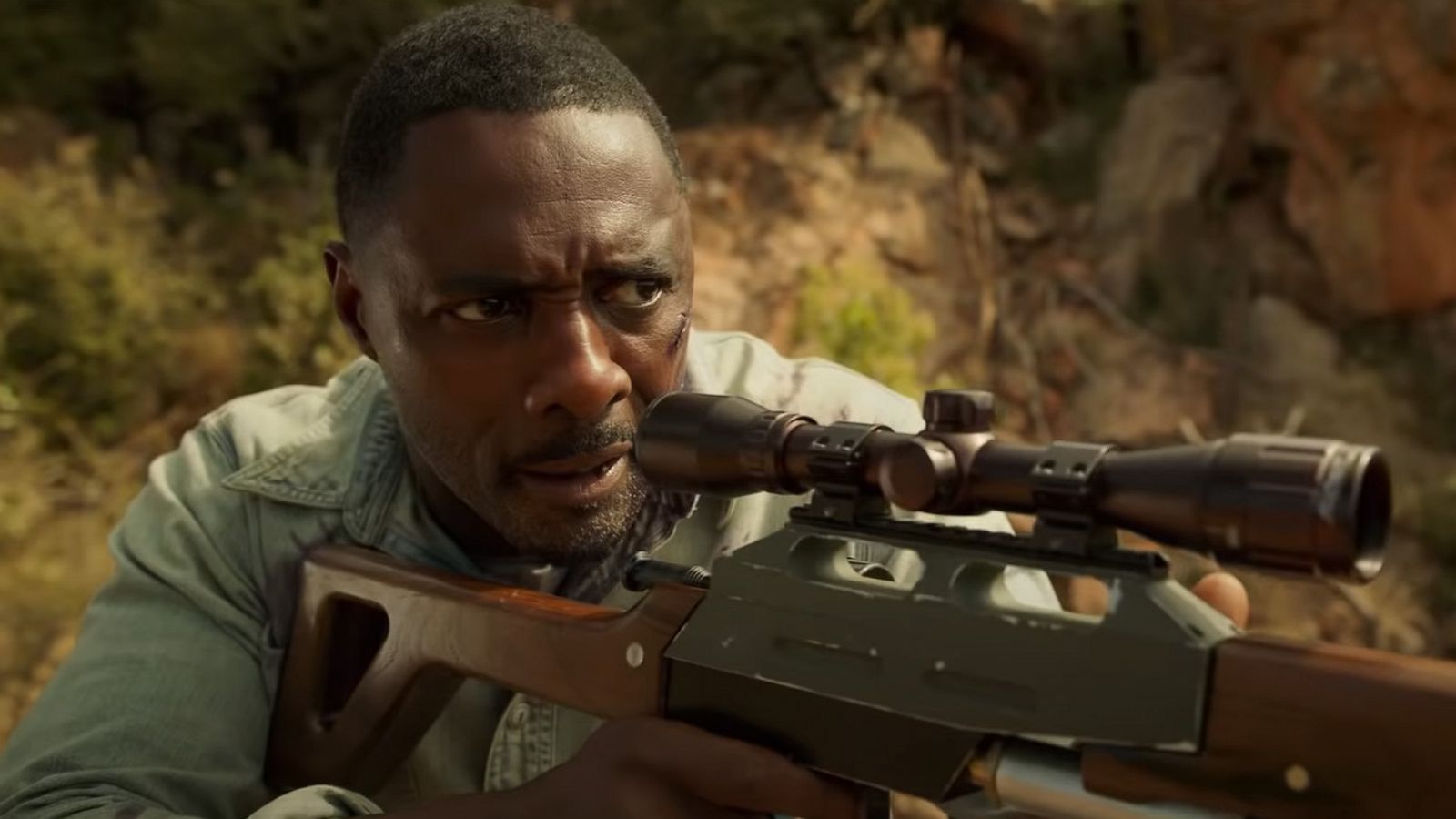 There’s no better form of getting over a dead parent or spouse than combatting a killer animal. At least that’s the thesis of The Shallows, Crawl, and now Beast. Arriving in the coveted late-August B-movie spot (basically the January doldrums for slightly cooler people), Beast is a lean and likably earnest, if slightly unremarkable, creature feature. The newest from director Baltasar Kormakur––who has not quite graduated to the IP blockbuster class while his contemporary Jaume Collet-Serra (who used to specialize in these kinds of movies) now serves as master to The Rock––seems to prove the Icelandic journeyman is perhaps destined for Vulgar Auteurist glory in our degraded age. If never undercutting the somewhat ridiculous scenario with bad jokes and even unafraid of making some overt stabs at psychology with dream sequences, it’s the kind of genre film unafraid to have the stakes clear and just serious enough.

Our hero destined for torment by a creature is New York doctor Nate Samuels (Idris Elba), who brings his two daughters, art-school aspirant Meredith (Iyana Halley) and smartphone-obsessed Norah (Leaf Jeffries), on a trip to see what seems like an unspecified part of South Africa. Reeling from the death of his wife to cancer, he hopes time together in nature will reconnect them as a family. Guided by lion-taming family friend Martin (played by Sharlto Copley with what looks like a CGI beard to make him resemble ’90s Jerry Bruckheimer), they soon find themselves in the sights of what seems like a rogue lion that’s on a warpath of sorts, both killing off poachers and the peaceful creatures that inhabit their square of land.

This set-up is helped a lot by once-hot-shit cinematographer Philippe Rousselot, in all his overqualified-for-the-job glory composing many artful shots of the lion framed at a distance through a windshield or helping the movie basically be a series of successive, subtly-orchestrated long takes that make thing more kinetic. It’s the kind of approach that exemplifies modest but intelligent genre-filmmaking craft.

As a cat lover, though, it’s hard not to feel some sympathy for the beast. Advances in computer-generated feline graphics since The Lion King remake lead to the apex predator in detailed close-ups resembling a lovable scamp you want to see reconcile with Elba’s patriarch. If one even wants to, there’s some opportunity to consider the film a termite art companion piece to Jordan Peele’s Nope in terms of addressing animal exploitation as a given in entertainment and society.

Where Beast falls a little short is its lacking a great overall set piece. Many effective, small jumpscares and Elba stridently defending his turf at the end (à la The Revenant‘s bear tussle) are undeniably rousing, but not exploring the vast sub-Saharan landscape seems a missed opportunity. There are only so many situations to be exploited from a (literal) cat-and-mouse game involving humans trapped in a jeep. Yet Elba aged out of action hero and into a vulnerable father figure fighting for his daughters’ lives registers as a nice, positive depiction of masculinity—a memorable image from a film destined for quick, disposable satisfaction.

Beast is now in wide release.