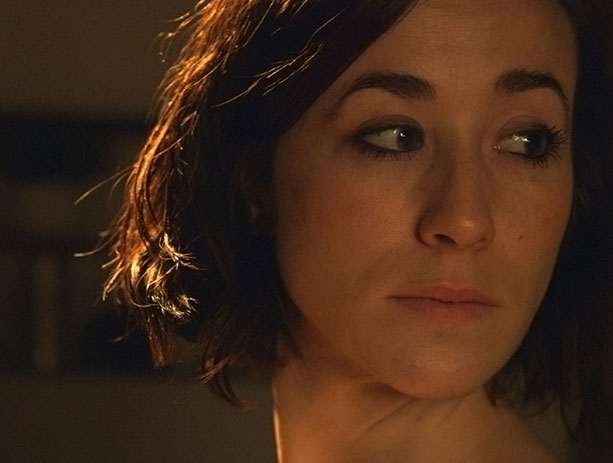 BAMCinemaFest Review: ‘Feast of the Epiphany’ is a Continually Surprising Drama in Two Parts

The history of film critics contributing to or creating actual films is long and storied. From the groundbreaking works of Cahiers du cinéma writers that made up the French New Wave to Susan Sontag’s little-seen Duet for Cannibals to James Agee’s screenplay for The Night of the Hunter to Eugene Archer’s acting appearance in La Collectionneuse, they have frequently played a direct role in the process of crafting a feature-length film. While this is no guarantee of quality, it allows viewers to dissect not just a filmmaker’s predilections but also their particular, characteristic translation of pre-established ideas on movies to the narrative and visual form.

Entering into this tradition with Feast of the Epiphany are Michael Koresky, Jeff Reichert, and Farihah Zaman; the former two are the co-founders and editors of the film website Reverse Shot (one of the web’s finest resources for modern movie criticism), the latter is a regular contributor to the same site. It should be noted that Reichert and Zaman are well-versed in feature-length documentary work – an influence that plays a pivotal role here – but this is the first narrative film for all three critics.

This joint venture feels entirely unexpected. Through a two-part structure that implicitly exists in point-counterpoint, Feast of the Epiphany continually surprises and works to innovate the viewer’s understanding of what “narrative” cinema can communicate. To say much regarding the specific contents of its second half would concede something intended as a surprise, but, in the simplest terms possible, it constitutes a radical shift in location, subject, formal construction, and even time.

By no means should this deliberately vague description be construed as downplaying the importance of Feast of the Epiphany‘s first half, which in and of itself is accomplished and, by design, more conventional. After the opening moments, which appear to be taken from documentary footage of casting and rehearsing the film’s script — Koresky, Reichert, and Zaman’s voices are heard off-camera — the narrative proper begins. Set in Brooklyn, the movie follows Abby (Nikki Calonge) as she prepares a wintertime dinner party in her apartment for a handful of friends, primarily the somewhat distant Sarah (Jessie Shelton). As the guests slowly trickle in and preparations become more and more hurried, Epiphany manages to access more and more nuances of the multitude of relationships: personal histories, traumas, and friendships are frequently suggested but only rarely articulated, and in ways that feel true-to-life. (Notably, no less than four of the five people at the dinner are openly queer, a small touch that nevertheless adds a great deal of character and sense of modern setting.) This is all staged dynamically – both in a well-paced, even-handed script by Koresky and strong mix of tableaux staging with tight close-ups – to allow for some digressions, namely an off-the-cuff rendition of George Gershwin’s “Someone to Watch Over Me,” to truly take flight.

What most strikes in Feast of the Epiphany is a sense of conviction and fidelity, a willingness to document things as they are: unvarnished and imperfect. Though the two halves only connect back for a fleeting instant at the very end, and otherwise represent entirely different visions of what a specific place can contain, neither is “incomplete” in and of itself; both are allowed the proper time to linger and settle. Koresky, Reichert, and Zaman’s daring is thus no mere gambit: it registers less as a simple bait-and-switch and much more as a conscious, courageous attempt to recalibrate notions of society and belonging.

Feast of the Epiphany world premiered at BAMCinemaFest and opens on November 29 at Museum of the Moving Image.