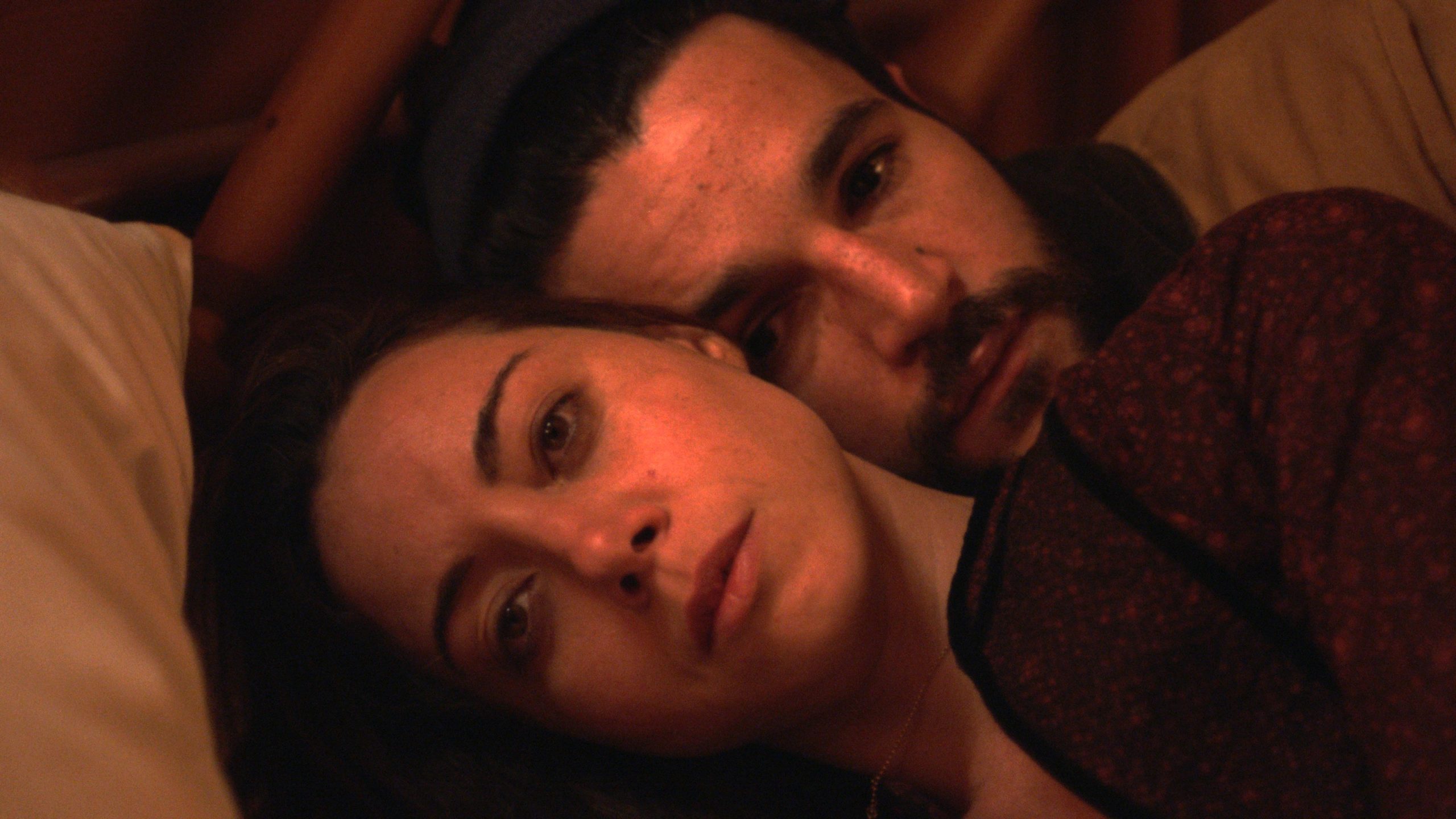 Both regulars at Sundance Film Festival, Aubrey Plaza and Christopher Abbott returned earlier this year with Black Bear, a new relationship dramedy set in a remote cabin that takes unexpected twists which look to upend the somewhat familair set-up. Written and directed by Lawrence Michael Levine, who impressed with his last feature Wild Canaries back in 2014, the film will now get a release this December and the first trailer has arrived.

Brian Tallerico at RogerEbert.com said in his review, the director “returns with another deconstruction of identity and art, and helms it himself this time in the excellent, darkly humorous Black Bear, starring Christopher Abbott, Sarah Gadon, and Aubrey Plaza. The film starts as a relatively straightforward (and yet still sharp) relationship dramedy with three strong personalities bouncing off each other at a remote lake house before becoming something even more challenging and thrilling. It’s a film that doesn’t just reinvent itself as much as deconstruct its entire existence in a way that’s breathtaking and wildly entertaining.”

See the trailer below for the film also starring Sarah Gadon.

At a remote lake house, a filmmaker named Allison (Aubrey Plaza) arrives to play house guest to a troubled couple (Christopher Abbott and Sarah Gadon), who have eschewed their life in the city after inheriting a family retreat. Battling writer’s block, Allison sparks a calculated game of desire and jealousy in pursuit of a new work that blurs the boundaries of autobiography and invention. BLACK BEAR explores the complex nature of relationships, gender dynamics, and the erratic nature of love as it traces the conflict between our lust and our longing for internal harmony.