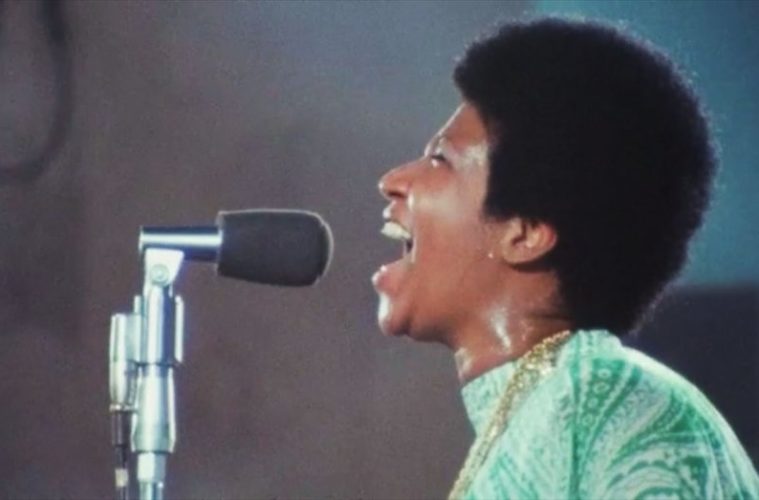 Nearly 50 years after it was filmed, the recording of what would be the most successful gospel album of all time has now seen the light of day. After touring festivals since last fall, Aretha Franklin’s Amazing Grace will finally see a release next month courtesy of NEON. Produced and realized by Alan Elliott, with uncredited direction by Sydney Pollack, the trailer and poster have now been unveiled.

John Fink said in his review, “A time capsule that’s as fresh and powerful an experience as it must have been when recorded live in Watts in 1972, Amazing Grace is arguably one of the year’s most-anticipated films arriving after years of litigation and a near-fatal technical glitch that was resolved thanks to digital workflows. Following the success of concert films like Woodstock and director Sydney Pollack’s They Shoot Horses, Don’t They? and The Way We Were, the young director was retained by Warner Brothers to shoot the recording of Aretha Franklin’s landmark album. The singer, after a string of successful singles, decided to return to her roots singing gospel in church accompanied by the Southern California Gospel Choir and the Reverend James Cleveland.”

Amazing Grace opens in NY and LA on April 5, then will expand.