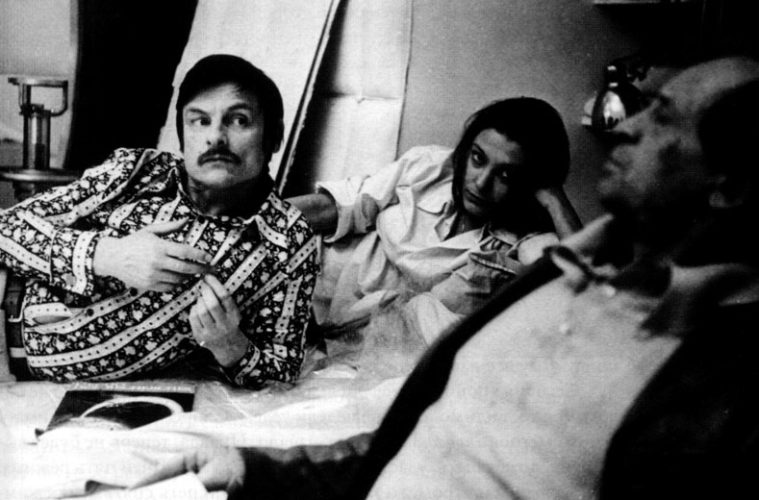 Andrei Tarkovsky recalls his first impression of cinema in this 50-minute BBC special, saying he failed to connect with the medium and declared “cinema an enigma.” Those initial and perplexing feelings found residence in the works of the Soviet director with masterpieces such as Stalker, Andrei Rublev, and The Sacrifice remaining haunting mysteries. In Tarkovsky’s films, characters face ethical or spiritual dilemmas that are amplified by the inhospitable surroundings. The inability to reside in the external world, places such as “the zone” in Stalker, space in Solaris, or the battle-weary countryside omnipresent in Andrei Rublev and Ivan’s Childhood force characters to withdraw far into themselves — a far more treacherous place.

This is all discussed in the below 1987 documentary, and in addition, you’ll get interviews from Tarkovsky’s wife, who recounts the high expectations and work ethic visible on her husband’s productions. The documentary also examines the political backdrop and pressures Tarkovsky faced throughout his career. Disputes with the Russian film board prevented Andrei Rublev to be shown for five years. Later he would be denied an extension on his passport to make films abroad, forcing he and his wife to seek asylum in the West without their children; the complexities of the man parallel the complexity of his films.

In the documentary, Tarkovsky argues that a recurring thematic message in his work is that people need to live their own lives and and to be independent of formative experiences and conclusions drawn by others. Treasured for their beauty, humility, and their mysteries, perhaps this is the best way to approach his films is to be open-minded and analytical. Take a look at the documentary below (via The Seventh Art) to marvel at the art of Andrei Tarkovsky, and see more documentaries on the director here.

Update: Unfortunately the special has been removed, but one can watch another documentary instead below.