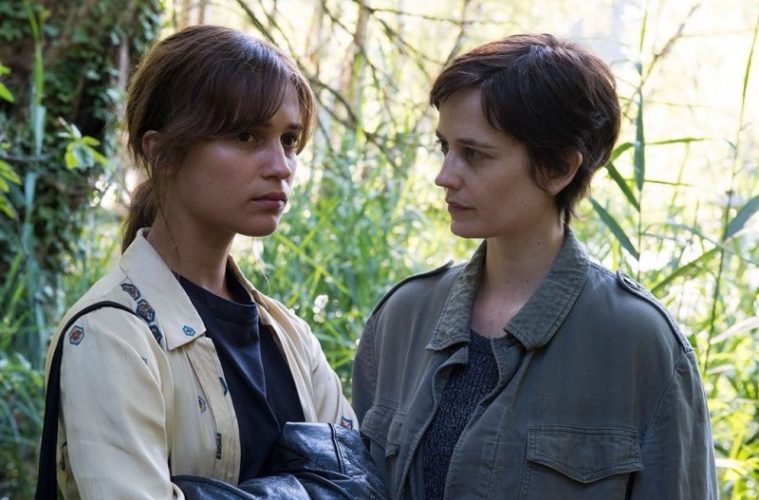 The dream team of Alicia Vikander and Eva Green united for Euphoria, the latest drama from Vikander’s Pure and Hotell collaborator Lisa Langseth. Also starring Charlotte Rampling, the story follows the emotional journey of two sisters. Following a premiere at TIFF, no U.S. release has been set yet, but it’ll arrive in Sweden in Norway early next year, and now the first full trailer has landed.

“Predictably, Vikander is wonderful, believable, and agreeably upset as Ines,” Christopher Schobert said in his review. “This is another fine performance from the star who is often the best thing in flawed dramas like The Danish Girl and The Light Between Oceans. Green is saddled with the drearier role, the “other sister” who is deeply ill. The Casino Royale star is far more effective when she plays a character in control of the situation. In Euphoria, things are beyond her grasp, and that makes for a less interesting performance. Emilie has good reason to be frazzled, but she becomes downright annoying.”

Check out the trailer below with a hat tip to Vlicious.

Euphoria marks the sparkling English-language debut of Sweden’s Lisa Langseth. It is notable for being the award-winning writer-director’s third collaboration with star Alicia Vikander (who made her feature film debut in Langseth’s first feature, Pure, in 2009). And, it is the first film produced by Vikander’s own production company, a sign of this fine actor’s desire to support intelligent passion projects. Euphoria is bound to attract viewers to Langseth’s brilliant work.

Most of this lusciously shot film takes place in a sun-dappled country mansion. It’s an intimate setting that belies the broader implications of a powerful, unusual, topical, and surely prophetic story. At its centre: two very different sisters, somewhat estranged, who, over a few short days, are forced together to sift through seismic changes in their lives. Ines (Vikander) is the extrovert, a photographer who lives in New York; Emilie (Eva Green), the introvert, has asked her sister to join her on a mystery trip. As the two drive into the wooded European countryside and reach their destination, it gradually dawns on Ines why she has been asked to accompany her sister. Horrified at first, she fights to understand her sister’s intentions as the two women confront their unsettled past and, more importantly, their future.

Full of surprises while functioning — from within the confines of its story world — as a kind of peephole into the near future for the world at large, Euphoria is a finely honed meditation on life and mortality.

Euphoria will get a release in Sweden and Norway in February and is awaiting a U.S. release.