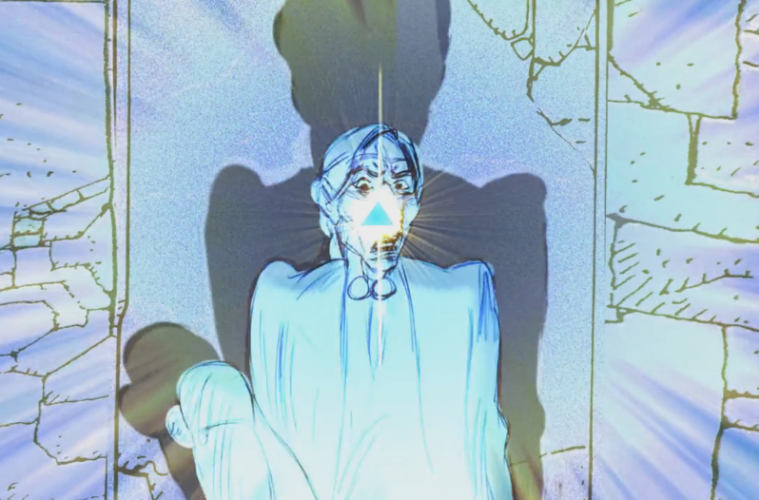 Alejandro Jodorowsky and Moebius’ ‘The Incal’ Gets Animated Tribute Trailer

Although Nicolas Winding Refn‘s plans to adapt Alejandro Jodorowsky and Moebius‘ seminal graphic novel The Incal haven’t yet gotten off the ground, today we have a short-form cinematic treatment by animator Pascal Blais. A few years back, he worked with a small team to develop a proof-of-concept trailer for an animated adaptation of the sci-fi epic. Though it never went into actual production, it is an intriguing and gorgeously realized tribute to a widely loved graphic novel, which was published by Humanoids, and brought to life Jodorowsky’s fictional universe “Jodoverse,” that was described by many as a contender for the medium’s best work.

It’s set in a dystopian, dominantly human-populated city which resides in a neighboring galaxy to one that hosts aliens named Bergs, who resemble featherless birds. When a Berg dies, a human named John DiFool receives the Light Incal, a power crystal that makes him a sought-after power by many factions. See the trailer below, with a hat tip to First Showing, along with Pascal Blais’ introduction.

A movie trailer project inspired by the graphic novel “The INCAL”, from Moebius and Jodorowsky.

A while ago, I reunited a bunch of artists from the original “Heavy Metal” movie, to produce a trailer based upon this great work. Then I got busy building my company and it sat on my shelf until a few months back, when I decided to revamp it with today’s digital punch.

Two sequences from the original “Heavy Metal” movie were borrowed from Moebius’s work; “The Long Tomorrow” story and “Arzach”. Given that till this day, Moebius and Jodorowsky are heralded as some of the world’s greatest Sci-Fi visionaries; it seems to me that a film, based on their work would be even more successful than one inspired by it.

Bringing these incredible artists’s work to the big screen, I am convinced would be a great success…so much so that I animated and directed this piece with other like artists.