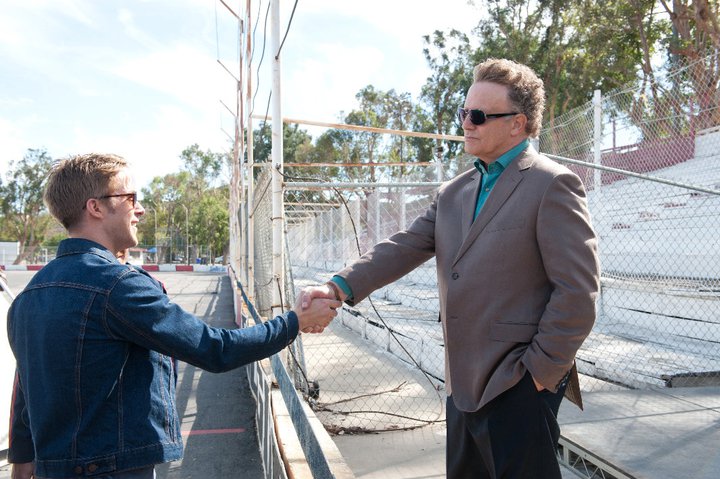 After getting violent in Drive and a bit raunchy in Judd Apatow‘s This is 40, Albert Brooks will return to the world of family animation in Pixar’s follow-up to Finding Nemo. Ellen DeGeneres committed to the project nearly six months ago, but Deadline is reporting that it took a lot more time (and money) to convince the voice of Marlin to return.

As for Nemo himself, original Alexander Gould will likely get replaced due to his age, but we’ll have to wait and see. But now with Brooks officially signed on, Andrew Stanton has his main two players back for the animated feature. While we posited the failure of his live-action debut John Carter led to the director returning to this safe territory, but he had different thoughts and sources at Disney even say that the studio will let him take another stab at live-action in the future.

There’s no other story details on this one, but we do have an update of another talent joining a major studio animation. Deadline also reports that Sandra Bullock will be lending her voice to Universal Pictures and Illumination Entertainment’s Despicable Me spin-off Minions. She’s set to play the stylish Scarlet Overkill who — you guessed it — is “bent on world domination.” One can see more minions this summer in Despicable Me 2, but you’ll have wait some time for a film based on the little creatures as Minions doesn’t hit until December 19, 2014. Check out a synopsis of the film below.

This spinoff establishes that Minions have existed since the beginning of time, in service of history’s most ambitiously evil villains. Through their lovable ineptitude, Minions have managed to thwart and ultimately destroy all of those bad guys. This story picks up in the 1960s, before they hench-ed for Gru. With no more super-villains to serve, the Minions fall into a collective depression and three of them set out to seek a new evil master. They wind up at a villain convention, where they compete for the right to be henchmen for Scarlet Overkill, whose Audrey Hepburn-like high style appearance belies her world domination ambition and her aspirations to become the world’s first female super-villain.

Are you looking forward to either of this franchise continuations?