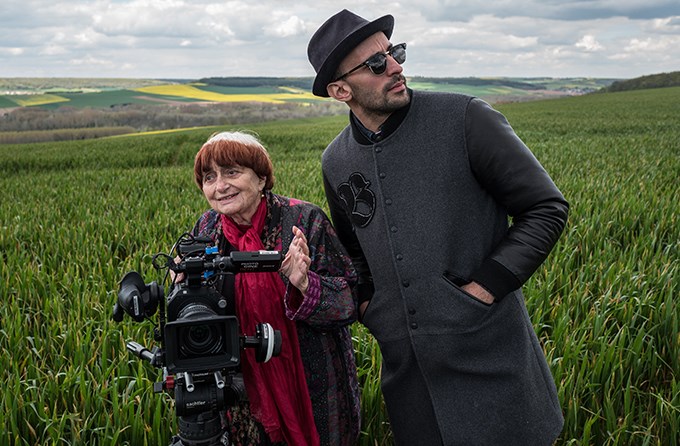 Agnès Varda and JR Bring Joy to the World in U.S. Trailer for ‘Faces Places’

In a year of moral downfall in government and an overwhelming sense of despondency when looking at the dregs of humanity, leave it to Agnès Varda and JR to bring an abundance sense of free-wheeling freedom and joy to the world. Delightful in its quaint simplicity, Faces Places captures their journey through French villages and their community building experiments with photography. Come for this jubilation and stay for a tender reflection of a life’s journey.

Following its Audience Award win at the Toronto International Film Festival, and ahead of a theatrical release next month, the first U.S. trailer for the film has now arrived. Packing just a small amount of exuberance the feature holds, it’s a perfect little tease. While our full review will arrive when it premieres at New York Film Festival, in the meantime, check out the trailer below.

89-year old Agnes Varda, one of the leading figures of the French New Wave, and acclaimed 33 year-old French photographer and muralist JR teamed up to co-direct this enchanting documentary/road movie. Kindred spirits, Varda and JR share a lifelong passion for images and how they are created, displayed and shared. Together they travel around the villages of France in JR’s photo truck meeting locals, learning their stories and producing epic-size portraits of them. The photos are prominently displayed on houses, barns, storefronts and trains revealing the humanity in their subjects, and themselves. Faces Places documents these heart-warming encounters as well as the unlikely, tender friendship they formed along the way.