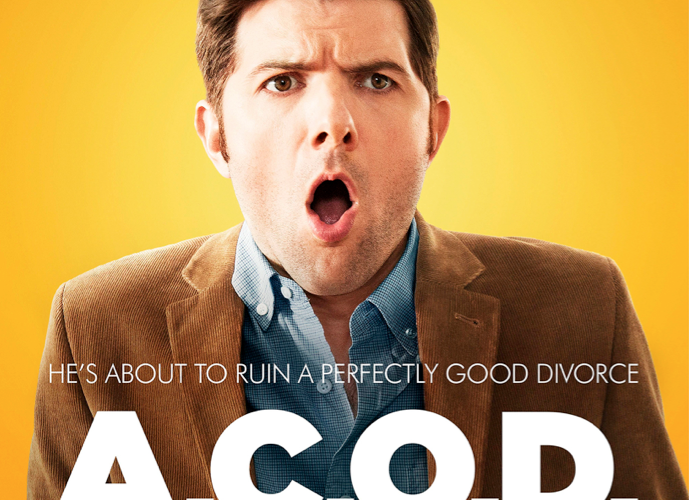 Adam Scott Struggles as An ‘A.C.O.D.’ In First Trailer For Sundance Comedy Although he got his footing in films such as Step Brothers, Aviator and even Torque, Adam Scott has enjoyed some deserved, major exposure on Parks & Recreations and now this fall brings one of his leading roles in the Sundance comedy A.C.O.D. Directed by Stu Zicherman, in a project far removed from his Elektra writing credit, the first trailer has now landed.

We were fans of the film in Park City, saying, “Working with a subject matter that at least half of the country can directly relate to, A.C.O.D. (a.k.a. Adult Children of Divorce), starring Adam Scott, works firstly as a rather broad comedy, and secondly as a just-smart-enough comment on how we never fully forget the ones we love/loved.” Check out the trailer below, backed by Okkervil River‘s “Lost Coastlines,” for the film also starring Richard Jenkins, Catherine O’Hara, Mary Elizabeth Winstead and Jessica Alba. Carter is a seemingly well-adjusted Adult Child of Divorce. Having survived the madness of his parents’ divorce, Carter now has a successful career and supportive girlfriend. But when his younger brother gets engaged, Carter is forced to reunite his bitterly divorced parents and their new spouses for the wedding, causing the chaos of his childhood to return including his wacky therapist.