Adam Sandler Hits the Court in First Trailer for Hustle, From We the Animals Director Jeremiah Zagar 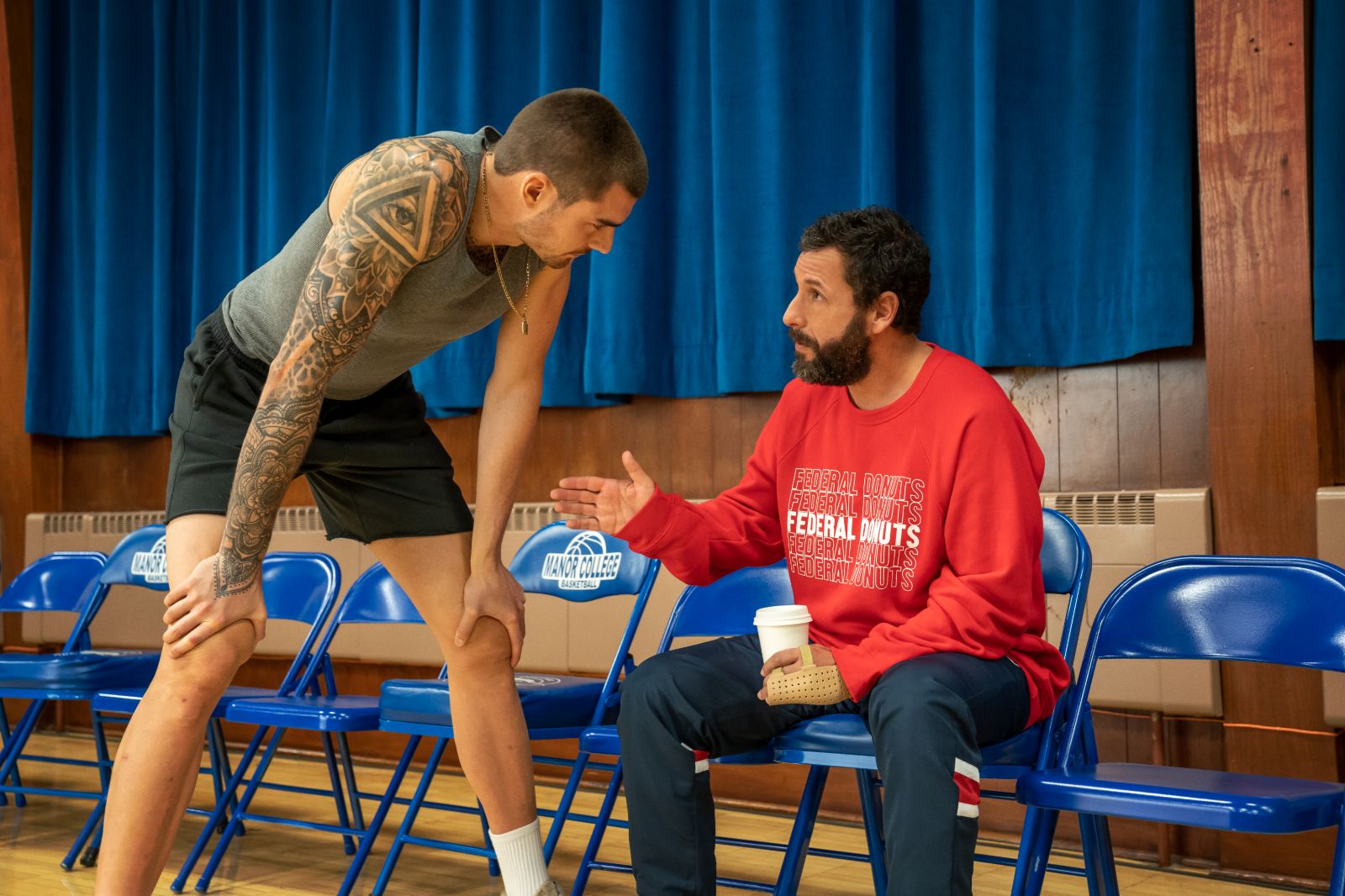 With Murder Mystery 2 now filming, Adam Sandler is brilliantly still letting Netflix pay for his on-location vacations, but in a post-Uncut Gems world the star is also branching out a bit. This summer he’ll be seen in a Hustle, a new drama from director Jeremiah Zagar, whose latest film, the Sundance winner We the Animals, was released in 2018 and led the Film Independent Spirit Awards nominations.

The script by Taylor Materne and Will Fetters follows an American basketball scout (Sandler) who is unjustly fired after discovering a once-in-a-lifetime player abroad. The scout decides to bring the player to America to prove that they both have what it takes to make it in the NBA. Ahead of a June 10 release from Netflix, the first teaser has now arrived for the film also starring Queen Latifah, Ben Foster, Kenny Smith, Juancho Hernangómez, Ainhoa Pillet, Raul Castillo, Jordan Elizabeth Hull, Maria Botto, Heidi Gardner and Robert Duvall.

Hustle arrives on June 10 on Netflix.