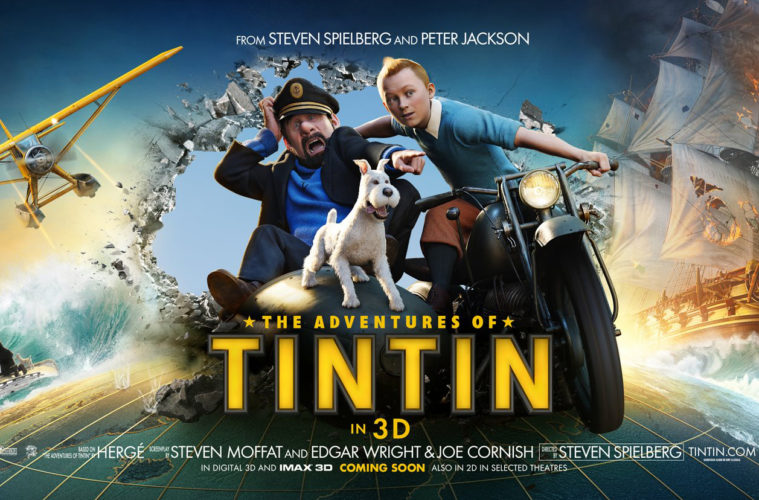 With the world premiere set for exactly one month from today in the United Kingdom, we have a brand new international TV spot for Steven Spielberg‘s The Adventures of Tintin. While I can’t discern any dialogue from this German promotion, we do get a decent amount of new footage. The stunning landscapes (I’ve screencapped two below) is my big takeway from this spot, as this promises to be a expansive, globetrotting adventure.

We also get a shot of action at the end as Tintin swings down a wire in the middle of a crowded street. I love how Spielberg and Peter Jackson are able to capture this complicated action sequences in a single shot due to the technology of motion-capture. Check out the spot below. Paramount Pictures and Columbia Pictures Present “The Adventures of Tintin” directed by Steven Spielberg from a screenplay by Steven Moffat and Edgar Wright & Joe Cornish. Starring Jamie Bell (“Billy Elliot,” “Defiance”) as Tintin, the intrepid young reporter whose relentless pursuit of a good story thrusts him into a world of high adventure, and Daniel Craig (“Quantum of Solace,” “Defiance”) as the nefarious Red Rackham. What do you think about this latest footage?