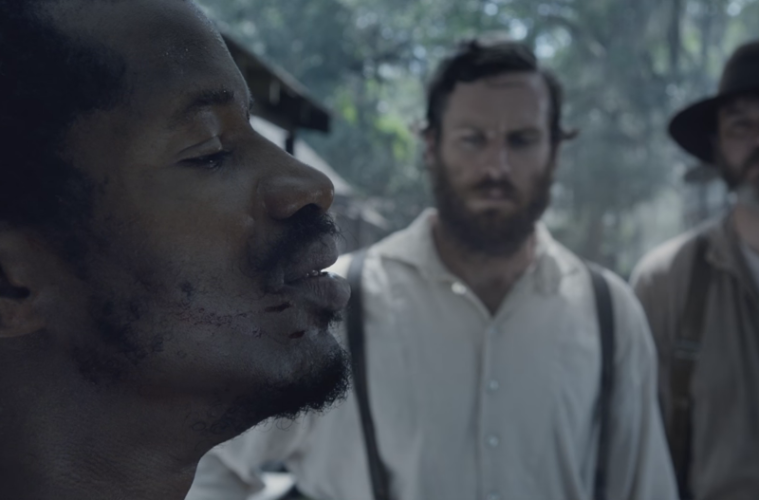 While Free State of Jones is getting a prime summer release date this week, another slave drama, Nate Parker‘s writing-directing debut The Birth of a Nation, will arrive in the heat of the fall awards season. Picked up by Fox Searchlight for a record $17.5 million, the Sundance Grand Jury Prize and Audience Award winner tells the true story of Nat Turner’s slave rebellion. They’ve now released the emotional and fiery full-length trailer, along with a fantastic poster.

I said in my review, “Directed, written, produced by, and starring Nate Parker, the Nat Turner biopic The Birth of a Nation is an unflinching and hopeful call to action where the helmer’s passion can be felt in every frame. By nodding to D. W. Griffith’s controversial, formally groundbreaking 1915 film, Parker is forging a new cinematic history for one of America’s most shameful eras. What’s lacking in aesthetic cohesion, pacing, and subtlety is made up for in a powerful lead performance and an essential story with compelling religious undercurrents.”

Set against the antebellum South, THE BIRTH OF A NATION follows Nat Turner (Nate Parker), a literate slave and preacher, whose financially strained owner, Samuel Turner (Armie Hammer), accepts an offer to use Nat’s preaching to subdue unruly slaves. As he witnesses countless atrocities – against himself and his fellow slaves – Nat orchestrates an uprising in the hopes of leading his people to freedom.

The Birth of a Nation opens on October 7th.