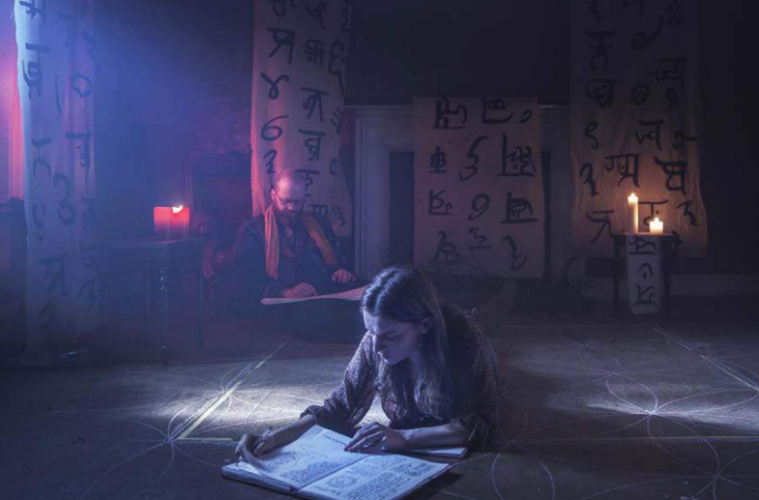 The first full-length trailer has arrived for the indie U.K. chiller A Dark Song, the directorial debut of Liam Gavin. Centered on a grieving mother (Catherine Walker) looking to get in contact with her deceased son through a damaged occultist (Sightseers‘ Steve Oram), A Dark Song looks to focus on atmosphere and slow-burn-induced dread, despite this trailer’s insistence that it is more in the realm of jump-scare fare built for a PG-13 January dump.

We said in our review: “Gavin’s debut stands on its own two feet and joins the likes of other quality narratives to come through this festival, like It Follows in years past, while also having echoes of The Shining. More restrained than Kubrick’s masterpiece, it’s not to say it purposely tries to bore the audience, but rather genuinely put one in the shoes of the protagonist. Moreover, it is so slow, slight and plodding that when anything happens, it will feel you’ve had cold water poured down your back.”

See the full trailer and a synopsis below, with a tip of the hat to Screen Anarchy.

Sophia is grief-stricken and overwhelmed with sadness since the untimely death of her young son. In a desperate attempt to achieve some form of closure, she reaches out to Solomon, an occultist with experience in an ancient invocation ritual that Sophia believes will allow her to make contact with her deceased child.

Locked away in a remote country house, the pair undergo a long and arduous ritual, risking both their mental and physical safety as they attempt to access a world beyond their understanding.

But when Solomon finds out that Sophia has not been truthful about her wish, a greater danger threatens them. In the dark, they find that they are no longer alone in the house. They are now in the world of real angels, and real demons.

A Dark Song has yet to secure a U.S. release.