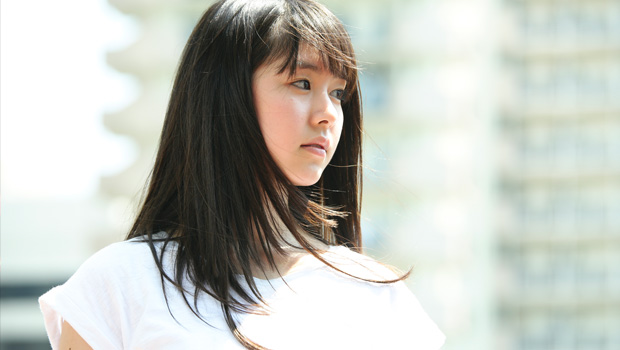 Considering the esteemed level of curation at the New York Film Festival, which begins this Friday at the Film Society of Lincoln Center, a comprehensive preview could mostly consist of the entire schedule.

So rather than single all of these out for our preview, we’re looking at a handful of under-the-radar highlights from across the festival. Check them out below and return for our coverage.

Best known for his five-hour drama Happy Hour, Ryûsuke Hamaguchi returned this year with the more palatable Asako I & II, clocking in at a mere 120 minutes. Following its bow in competition at Cannes Film Festival, the film will make its U.S. premiere at the New York Film Festival. Based on Tomoka Shibasaki’s novel, the film plays off Vertigo tracking a vanishing lover whose double then appears.

Be Natural: The Untold Story of Alice Guy-Blaché (Pamela B. Green)

“Alice Guy Blaché helped invent cinema as we know it,” Manohla Dargis recently wrote in The New York Times. The early cinema pioneer, who broke into the industry at the age of 21, went on to direct over 1,000 film, yet largely seems to be written out of film history, at least when compared to her male peers. A new documentary, narrated by Jodie Foster, now aims to correct that narrative with what looks to be an essential, empowering look at early movie-making.

We’ll soon highlight a 14-hour film that’s part of the New York Film Festival, but if you perhaps don’t have that much time in your schedule, how about a 3-minute experience? Walt Disney Animation’s first-ever virtual reality short film is coming to NYFF as part of Convergence’s Virtual Reality Arcade. Directed by Jeff Gibson, Cycles is described as “a bittersweet meditation on memory, emotion, family, and all that goes into making a home.” If one is getting some Up vibes already, they may want to bring tissues.

The last time that director Liang Ying released a film (When Night Falls, back in 2012) it was apparently deemed to be a dangerous enough critique of the Chinese police and judicial system that sending the cops to provoke not only Ying’s family in Shanghai but also his wife’s family in Sichuan was thought to be a fair response. It was also said, at the time, that the authorities had even attempted to buy the rights to Ying’s film in order to–as we can only assume–stop it from being distributed. So it’s no surprise then that Ying’s follow-up to When Night Falls and his fifth feature, A Family Tour, tells the story of a family torn apart as a result of similarly depressing state machinations. – Rory O. (full review)

I am starting this review of the 14-hour La Flor from a segment that in the film’s Borgesian labyrinthic narrative would probably go unnoticed, because I think it goes some way toward making sense of that early remark Llinás had made in the prelude, his head bent over a notebook, his hands sketching La Flor’s structure through an intricate series of lines and arrows merging into a skeleton flower. This film is about its four actresses in the sense that it is a testament to how their craft developed through time. And the feeling of awe that transpires from that late montage, the feeling of having watched four artists grow, is indissolubly contingent on the film’s colossal length. – Leonardo G. (full review)

The Four Horsemen of the Apocalypse with Live Score (Rex Ingram)

Alongside the wealth of revivals and retrospectives at the festival, one special event celebrating classic cinema seems like a night to be remembered. If you’ve been listening to this season of You Must Remember This, you’ve certainly heard about the mega-hit The Four Horsemen of the Apocalypse, which gave Rudolph Valentino one of his first major roles. Rex Ingram’s epic will play in 35mm at the festival, backed by a new live score.

In My Room (Ulrich Köhler)

At what point do vaguely-related surface movements form into something resembling a wave? The idea of a so-called “Berlin School” has been doing the rounds for quite a while. However, the creative output of that group of filmmakers in the last few years has been nothing short of astonishing. Christian Petzold led the way with Barbara (2012) and Phoenix (2014) but nothing could have prepared us for Maren Ade’s Toni Erdmann rocking Cannes or Valeska Grisebach’s Western doing the same last year. Petzold’s Transit divided audiences (we thought it was great) in Berlin in February and now we encounter this strange, intimate, little science-fiction film. – Rory O. (full review)

Gaston Solnicki’s previous film Kekszakallu, which placed him on the festival circuit radar, resembles a documentary. A film about a group of teenage women born into wealth, Solnicki takes a landscape approach, representing their anxieties regarding a premature coming of age with loaded imagery that exposes the oppressiveness of setting. Rather than focus on significant events or major actions as films tend to do, Solnicki characterizes his ensemble by reflecting on their routine, arguing for the value inherent in mundane circumstances. – Jason O. (full review)

If you’ve been lucky enough to catch An Elephant Sitting Still on the festival circuit this year, then you know the talents of Hu Bo, who tragically took his life after completing his feature debut. We can now get another glimpse of his all-too-short filmography as the late Chinese director also helmed the short film Man in the Well, which will screen as part of one of the International Shorts programs at the festival.

If there is an image to best introduce audiences to the grimy cinematic world of Ray & Liz–the remarkable debut feature of Turner prize-nominated visual artist Richard Billingham–it might be, fittingly, the very first one to hit the screen: that of a cracked, burnt-out light bulb filmed dangling beneath a nicotine-stained ceiling. Billingham has spent much of his career as an artist documenting and, in his short films, dramatizing the lives of his father Raymond (a chronic alcoholic played here by Patrick Romer and, as a younger man, by Justin Salinger ) and mother Elizabeth (Deirdre Kelly and–best of all–Ella Smith) and Ray & Liz could be viewed as a culmination of that work. It’s an immersive poetic-realist dive into the artist’s fractured memories of his parents during the time he spent growing up in Birmingham in the ‘70s and ‘80s. – Rory O. (full review)

As we await The Criterion Collection’s 39-film Ingmar Bergman box set to celebrate his birth centennial, a few documentaries on the Swedish master arrived on the festival circuit this year. The one that will be presented at the NYFF comes from New German Cinema stalwart Margarethe von Trotta, who takes an intimate look at the director’s career and family life, including interviews with some of his closest collaborators.

Halfway through Dominga Sotomayor’s movingly tender coming-of-age tale Too Late to Die Young(Tarde Para Morir Joven), my mind jolted back to a movie I saw and instantly fell for a couple of months prior, Carla Simón’s Summer 1993. It took me a while to figure out why. Summer 1993 is set in early 1990s Catalunya; Sotomayor’s takes place at the decade’s outset, but on the opposite side of the world: a commune nestled in the arid cordillera towering above Chile’s capital, Santiago. Yet at some fundamental level, the two films speak the same language. Underlying Sotomayor’s follow-up to her 2012 feature debut and Rotterdam Tiger Award winner Thursday Till Sunday is a deep-seated nostalgia – the same longing for a long-gone era that rang achingly true in Summer 1993. – Leonardo G. (full review)

Renowned Taiwan-based filmmaker Tsai Ming-liang returns this year with his latest, uncategorizable offering Your Face. The 76-minute picture consists of unbroken close-up shots of 13 unidentified, seemingly unrelated people, including Mr. Tsai’s muse Lee Kang-sheng. In signature Tsai style, the camera calmly, unquestioningly observes its subjects, some of which share stranger-than-fiction life stories, others appear deep in unknowable thought while still others simply doze off. Without the aid of title cards or voice-overs, the viewer is left to arrive at their own conclusion about what they’ve witnessed. Read Zhuo-Ning Su’s interview with the director.