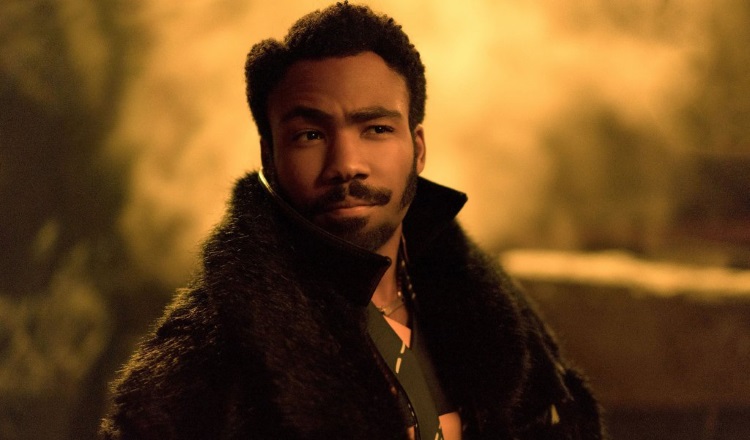 While the summer season got a humongous start last weekend, there’s still four long months of movies this season. After highlighting the ones we’re most looking forward to, it’s time to zero in on the first round of May. Around these parts, much of the month will be devoted to Cannes coverage, but there’s still much to be unveiled in theaters, including perhaps the finest film of the year thus far.

15. How to Talk to Girls at Parties (John Cameron Mitchell; May 25)

Synopsis: An alien touring the galaxy breaks away from her group and meets two young inhabitants of the most dangerous place in the universe: the London suburb of Croydon.

Why You Should See It: Writer-director John Cameron Mitchell (Rabbit Hole, Shortbus) is back, teaming with author Neil Gaiman, and a cast featuring Elle Fanning, Alex Sharp, Nicole Kidman, and Ruth Wilson. Despite premiering at Cannes last year to a fairly tepid response, including our review, there’s enough noteworthy talent involved here to warrant a look.

Synopsis: In a small island community, a troubled young woman falls for a mysterious outsider who empowers her to escape her oppressive family. When he comes under suspicion for a series of murders, she defends him at all costs.

Why You Should See It: Enjoying a healthy festival run, including Toronto, London, Sundance, and more, Michael Pearce’s drama finally arrives this week. With gorgeous-looking cinematography and an intense dramatic thrust, it looks like to be a break-out feature for all involved.

Synopsis: Set against the background of a brutal crime gang in Brussels, a tragic love story between a high-flying gangster and a young racing driver with very upper-class roots.

Why You Should See It: After teaming together for the Oscar-nominated Bullhead and The Drop, Matthias Schoenaerts and Michaël R. Roskam have reunited for another crime drama, this time bringing along Blue is the Warmest Color star Adèle Exarchopoulos for the ride. Racer and the Jailbird, which premiered at film festivals last fall, looks like another stylish, intense outing for Roskam.

Why You Should See It: A week before Stanley Kubrick’s 2001: A Space Odyssey gets a 50th anniversary theatrical release, featuring an unrestored 70mm print, a documentary that captures his right-hand man, Leon Vitali, will arrive. While it isn’t necessarily the most polished production, it’s still a worthy angle on a different side of Kubrick’s production process. Kyle Pletcher said in his review from NYFF, “Purely as a document and examination of Vitali’s tireless dedication to Kubrick’s vision and legacy, Filmworker is a sufficiently insightful and informative piece, bringing light to the auteur’s profoundly virtuosic filmmaking approach.”

Synopsis: During an adventure into a dark criminal underworld, Han Solo meets his future copilot Chewbacca and encounters Lando Calrissian years before joining the Rebellion.

Why You Should See It: With Fury Road being a bit of an exception, Cannes Film Festival usually isn’t the best birthplace when it comes to Hollywood tentpoles, however it does provide some added pre-release clout. And one film that can certainly use the boost is Han Solo: A Star Wars Story. Arriving with a shrug as it pertains both to the concept of this prequel and the footage we’ve seen thus far, perhaps Ron Howard has peppered some magic into this one, but we’ll need a great deal of convincing.

Synopsis: Marlo, a mother of three, is gifted a night nanny by her brother. Hesitant to the extravagance at first, Marlo comes to form a unique bond with the thoughtful, surprising, and sometimes challenging young nanny named Tully.

Why You Should See It: Marking a reunion for Jason Reitman, Diablo Cody, and Charlize Theron after Young Adult, Tully premiered to a great deal of acclaim as Sundance’s secret screening this year, and now it’ll get a fairly wide release off the bat this weekend. Looking to be a bounce-back for the director from Men, Women & Children and Labor Day, it also looks to be a strong acting showcase for not only Theron, but Mackenzie Davis (Black Mirror, Blade Runner 2049) as well.

Synopsis: In a quiet seaside village in China, two victims of a brutal assault find themselves trapped in a web of danger and violence.

Why You Should See It: One of our festival favorites from last year, Angels Wear White will get a theatrical run starting this week. “Let’s think about the title to Vivian Qu’s sophomore effort Angels Wear White because the meaning goes far beyond the words themselves,” Jared Mobarak said in his review. “On the surface it’s simply describing religious iconography and the idea that angels wear flowing white linens with halos on heads and harps in hands. But we’ve taken this concept and brought it into real life too. “White” has become synonymous with purity, trust, and expertise. We see a white lab coat on a doctor and automatically provide him/her a reverence built on nothing but an article of clothing. We don’t know them. We merely assume they have our best interests in mind. That white sheen doesn’t mean they’re incorruptible, though. Anyone can be bought or sold despite appearances. Everyone has a price.”

Synopsis: Keith is a 24-year-old drug dealer who is newly released from prison and living with his father under house arrest in Baltimore. He struggles to re-establish himself in a community scarred by unemployment, neglect and segregation.

Why You Should See It: With his small-scale, deeply felt, and wonderfully-realized dramas, Matthew Porterfield has carved out an impressive eye for a Baltimore we don’t often see on screen. After earning acclaim on the festival circuit and elsewhere with Putty Hill and I Used to Be Darker, the director returns this summer with Sollers Point. Premiering at San Sebastián International Film Festival last fall and touring around, Oscilloscope Laboratories will release it this month. The drama, starring Jim Belushi, McCaul Lombardi, and Zazie Beetz, follows a man under house arrest who must reacquaint himself with both his family and the community at large.

Synopsis: A look at the life and work of Justice Ruth Bader Ginsburg.

Why You Should See It: As we wade through the pits of political morass in the current government, we could use some uplifting figures to show there have been people fighting the good fight. RBG is an essential documentary for the adoring fans of Associate Supreme Court Justice Ruth Bader Ginsburg aka The Notorious RBG, according to some millennials,” John Fink said in his review. “They have created an entire mythology out of a quiet, brilliant women who rose to the rank of the court’s chief dissenter post Bush v. Gore. Directors Julie Cohen and Betsy West have crafted an engaging documentary to hold us over until she, like fellow pioneer of civil rights Thurgood Marshall, gets a biopic of her own later this year.”

Synopsis: The story centers on Kai, a gloomy middle school student whose life changes after meeting Lu, a mermaid

Why You Should See It: Masaaki Yuasa, director of one the century’s best animated films thus far, Mind Game (which recently enjoyed a theatrical re-release), is back this month with a new feature, Lu Over the Wall. We caught up with the Annecy prize winner at Sundance, where Dan Schindel said in his review that it “demonstrates everything that makes Yuasa one of the best contemporary anime filmmakers. It’s an energetic, frequently hilarious, always visually riveting ride.”

Synopsis: In 1962 England, a young couple find their idyllic romance colliding with issues of sexual freedom and societal pressure, leading to an awkward and fateful wedding night.

Why You Should See It: It’s been over a decade since Saoirse Ronan first landed on our radar with Atonement, and since then she’s continually impressed. Following Hanna, Brooklyn, The Grand Budapest Hotel, and, most recently, Lady Bird, the Irish-American actress’ latest role finds her in romantic hardship on her wedding night. Jared Mobarak said in his review, “The movie becomes a gradual peeling back of anxieties and fears, unspoken expectations, and impossible requests.”

Synopsis: After he is framed for a vile crime, a Chinese pharmaceutical lawyer teams up with a Japanese detective to stop a dangerous plot.

Why You Should See It: While the summer will no doubt be met with disappointments in the action genre, the season will kick off with a new film from a master in the field, John Woo. Although it won’t be available on the big screen, his new thriller Manhunt will arrive worldwide on Netflix at the end of this week. One of our favorites from last year’s TIFF, C.J. Prince said in his review, “Now in his 70s, Woo has become fully self-aware, and in doing so seems to have challenged himself to create the most John Woo movie ever made. With Manhunt, he has indeed made the most John Woo movie possible, while also making a film that could just be described as “the most.” It’s a deliriously entertaining thrill ride from start to end, and sure to go down as one of the most enjoyable films of 2017.”

Synopsis: When a woman discovers a love poem that was written for her husband, she mistakenly believes that the author is her husband’s new secretary.

Why You Should See It: Out of the handful I’ve seen, The Day After is my favorite Hong Sang-soo feature, an austerely tender and funny drama filled with a hefty dose of shame. “Hong’s world is all about repetition, and while the cold domestic and workplace settings of his latest film, The Day After, are somewhat of a departure from the unfamiliar streets his character usually walk down, the majority of his signature ingredients are present and accounted for: sad, unfaithful men abusing positions of relative power; dialogue that meanders between the everyday and the sublime; his current muse, Kim Min-hee; and, of course, generous lashings of Soju,” Rory O. said in his review.

Synopsis: An investigation into one woman’s memory as she is forced to re-examine her first sexual relationship and the stories we tell ourselves in order to survive.

Why You Should See It: The most powerful experience I’ve had at a theater this year is during Jennifer Fox’s The Tale at Sundance, but it won’t be the way the majority of viewers experience this harrowing tale of sexual abuse. Perhaps for the better due to the depiction of its subject matter, HBO picked up the Laura Dern-led film and will premiere it this month. I said in my review, “With The Tale, Fox has not only created a deeply personal investigative memoir, but one that could stand as a model to those that have been abused and seek the truth and some semblance of retribution. Showing the psychologically grueling, often confusing process of realization, acceptance and, ultimately, confrontation, Fox bravely handles each aspect with detail and care. The Tale is a soul-excavating reckoning with the suppression of trauma and a testament to the courage required for a victim to confront the most damaging moments of their lives.”

Synopsis: A pastor of a small church in upstate New York starts to spiral out of control after a soul-shaking encounter with an unstable environmental activist and his pregnant wife.

Why You Should See It: Premiering on last year’s fall film festival circuit, Paul Schrader’s dark, existential spiritual drama First Reformed is one of the director’s best films–perhaps the best. “It seems that some of Schrader’s own directorial efforts, be it American Gigolo or Light Sleeper, were certainly an attempt to complete the “Transcendental” experience to one degree or another,” Ethan Vestby said in his review. “Yet four decades later, First Reformed — which, should be mentioned, also seems to be taking from Bergman’s Winter Light and Tarkovsky’s Sacrifice in the religious cinema canon — may be the full realization of Schrader’s vision.”