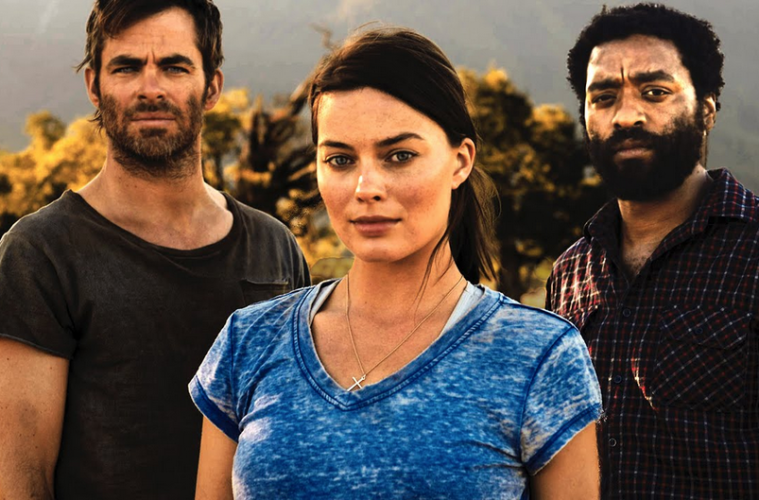 Summer may soon be over, but the final month of the filmgoing season brings some of the finest films of the year thus far. Ranging from directorial debuts to the latest works from much-praised directors to promising animations and biopics, there’s a number of strong options. Aside from new films, we should also note Whit Stillman‘s Metropolitan will be getting theatrically re-released beginning on August 7th and is certainly a must-see. Preceded by matinees, check out our top 15 below and let us know what you’re most looking forward to. Synopsis: A comedy about Allie and Harper and their needlessly difficult journey to the beach.

Why You Should See It: Brooklyn-set indie dramedies are often dime a dozen at your local film festival, but every so often one seems to rise above the pack. Such was the case at last year’s South by Southwest Film Festival where Fort Tilden premiered, picking up the Grand Jury Prize in its narrative category. Over a year later, Sarah-Violet Bliss and Charles Rogers‘ debut, which looks to have perceptive wit and a vibrant cast of newcomers, will arrive in theaters.

Synopsis: The discovery of a bone and a gun send a husband and wife on separate adventures over the course of a weekend.

Why You Should See It: Another year, another film (or two) from Joe Swanberg. While that output may hint at diminishing returns, we said in our review, the director “keeps getting better and better. A few years ago, Swanberg seriously stepped up his game with his highest-profile film yet, Drinking Buddies. The filmmaking, structure, and acting is all polished in that film, and the same goes for the writer-director’s latest, Digging for Fire. Co-written by the film’s star Jake Johnson, this marks another step forward in Swanberg’s evolution as a filmmaker.”

Synopsis: A stoner – who is in fact a government agent – is marked as a liability and targeted for extermination. But he’s too well-trained and too high for them to handle.

Why You Should See It: While Jesse Eisenberg and Kristen Stewart are earning a great deal of praise for their roles in The End of the Tour and Clouds of Sils Maria, respectively, the two recently embarked on an Adventureland reunion that doesn’t seem to take itself too seriously. Coming from Project X director Nima Nourizadeh and Chronicle scribe Max Landis, expectations are high (sorry) for American Ultra, but hopefully it’ll be some late-summer fun.

Synopsis: When Shaun decides to take the day off and have some fun, he gets a little more action than he bargained for.

Why You Should See It:  Continuing from their most famous franchise, Aardman Animation’ Shaun the Sheep follows our titular character, first debuting in Wallace and Gromit‘s A Close Shave back in 1995. As he went on to get its own TV show in 2007, after nearly 100 episodes, he’s getting the feature-film treatment. With strong reviews after its U.K. release, it’ll finally arrive in U.S. theaters this month.

Synopsis: The group NWA emerges from the streets of Compton, California in the mid-1980s and revolutionizes pop culture with their music and tales about life in the hood.

Why You Should See It: While most biopics seem to take the standard by-the-numbers approach of capturing the story of their subject, the N.W.A. drama Straight Outta Compton looks to be doing things quite differently. With cinematography by frequent Darren Aronofsky collaborator Matthew Libatique and direction from F. Gary Gray (Friday, Set It Off, The Italian Job), the early word is fairly strong.

Why You Should See It: After premiering nearly a year ago at Venice, the latest film from Peter Bogdanovich will finally arrive this month. We said in our review, “The contemporary is overrated; sometimes, we have to look back in order to move forward; the new is always found in the old. These are some of the obvious mantras of Peter Bogdanovich, quite possibly the most misunderstood filmmaker in all of American cinema. (Just read Vincent Canby’s dumfounded reviews of the otherwise brilliant Saint Jack and They All Laughed.) The plot of his latest film, She’s Funny That Way, is a wish-wash of knots and tangles where, through sheer coincidence, the characters end up whimsically encountering each other. “A city of eight million people and everybody knows everybody.”

Synopsis: A young married couple’s lives are thrown into a harrowing tailspin when an acquaintance from the husband’s past brings mysterious gifts and a horrifying secret to light after more than 20 years.

Why You Should See It: When it was first announced Joel Edgerton‘s debut would be a Blumhouse production, it was our sincere wish that it would sway closer to his Blue-Tongue roots of dark, daring dramas and less the conventional, fairly cheap horror the company has made an empire out of. Thankfully, it looks our wish came true as reviews thus far have been surprisingly positive for The Gift and we’ll have ours up later this week.

Synopsis: A comic drama about rage, doubt, lust, madness, and other brotherly hand-me-downs.

Why You Should See It: “John Magary‘s The Mend… that was a movie that just fired me up,” director Michael Tully told us last year. It’s messy, like life itself, like a Margaret or Listen Up Philip, like a really good, true New York story. Not just sort of, “We’re privileged kids wandering around Brooklyn.” It actually had a real old-school New York drunk and sloppy grime to it.” After a long festival tour, it’ll finally arrive in theaters at the end of the month. Synopsis: Barry Crimmins is pissed. His hellfire brand of comedy has rained verbal lightning bolts on American audiences and politicians for decades, yet you’ve probably never heard of him.

Why You Should See It: While Bobcat Goldthwait is well-known for his comedy, one can see streaks of underlying darkness in his work, making for the perfect fit to tell Barry Crimmins‘ story. We won’t say much about what unfolds, but we did say at Sundance, “Crimmins, a tough-nosed, politically-minded comedian, founded two comedy clubs in Boston and helped foster the careers of many now-famous comedians, including Goldthwait himself. All the while, Crimmins was harboring demons from his past, which gradually crept into the forefront of his life, both on and off the stage. As these revelations come to light in the film, what begins as a semi-serious, mostly-funny portrait of a never-was becomes something much more dramatic and much more important.”

Synopsis: In the wake of a disaster that wipes out most of civilization, two men and a young woman find themselves in an emotionally charged love triangle as the last known survivors.

Why You Should See It: Perhaps the most appealing triumvirate of actors this month comes with Craig Zobel’s  Compliance follow-up Z For Zachariah. Led by Margot Robbie, Chiwetel Ejiofor, and Chris Pine, we said in our review, “the film’s reach does not exceed its grasp, remaining an entertaining microcosm of that universal extinct to keep going no matter what. According to Zobel, the strong survive and the praying comes after.”

5. The Diary of a Teenage Girl (Marielle Heller; August 7th) Synopsis: A teen artist living in 1970s San Francisco enters into an affair with her mother’s boyfriend.

Why You Should See It: One of the most accomplished debuts of the year is Marielle Heller‘s The Diary of a Teenage Girl, based on Phoebe Gloeckner‘s 2002 graphic novel of the same name. We said in our review, “One doesn’t need to be a female or have had intercourse with their mother’s boyfriend to connect with The Diary of a Teenage Girl. This seemingly wild story, including drugs and plenty of sex before the age of 18, is actually fairly universal. Seeing the world through Minnie’s eyes holds one’s attention from beginning to end, but once one exits the theater, it’s impossible not to reflect on the decisions we’ve all made as a teenager — namely the mistakes.”

Synopsis: A musician who gave up everything for her dream of rock-and-roll stardom returns home, looking to make things right with her family.

Why You Should See It: The sort of treat one might imagine we’d get in the middle of awards season, this month brings a new Jonathan Demme-directed (his first major feature in 7 years), Diablo Cody-written film starring Meryl Streep and Kevin Kline. Although the marketing hasn’t exactly sold a knock-out drama, all the early buzz says otherwise, and we can’t wait to see the results.

Synopsis: A grieving man meets his lover’s family, who were not aware of their son’s sexual orientation.

Why You Should See It: After exploring themes of love, matriarchal bonds and everything in between, Xavier Dolan‘s fourth feature, Tom at the Farm, certainly doesn’t abandon those, but views them through a vividly different lens. Marking the first time he adapted another work, the drama comes from Michel Marc Bouchard‘s play, blending psychological thriller elements with unexpected humor for a thoroughly unsettling plunge into a nightmare of fear and intolerance.

Synopsis: A lonely college freshman’s life is turned upside down by her impetuous, adventurous soon-to-be stepsister.

Why You Should See It: It may be the last month of the summer, but what’s easily the funniest film of the season will arrive shortly. We said in our review, “Mistress America is an old-fashioned screwball comedy of sorts: well-meaning, packed with snappy dialogue, and not a mean-spirited bone in its body. Nobody is out to hurt anybody in this movie, nor does it have to poke fun at anyone for laughs. Baumbach and Gerwig let the characters behavior provide the jokes, and Gerwig, in particular, is a joke machine. Not a single delivery or piece of physical comedy misses the mark.”

Synopsis: Two women who grew up together discover they have drifted apart when they retreat to a lake house together.

Why You Should See It: After delivering one of the best films of last year, Listen Up Philip, Alex Ross Perry returns with perhaps an even more well-crafted film. Queen of Earth is a perfectly acted and executed small-scale psychological drama that’s enrapturing from the first scenes. We said in our review, “The similarity to The Shining is no coincidence as Queen of Earth pays extensive tribute to vintage psychological thrillers. Even on a strictly aesthetic level – from the font of its titles (an old-fashioned, slender cursive in matte pink), to the luscious grain of the 16mm film stock and the lack of any props such as smartphones or laptops that would locate the story in the present – the film aligns itself with an earlier era of filmmaking. The most obvious homage is to Roman Polanski, signaled explicitly through the salad that Catherine leaves to rot on her nightstand, a clear reference to the rabbit from Repulsion.”