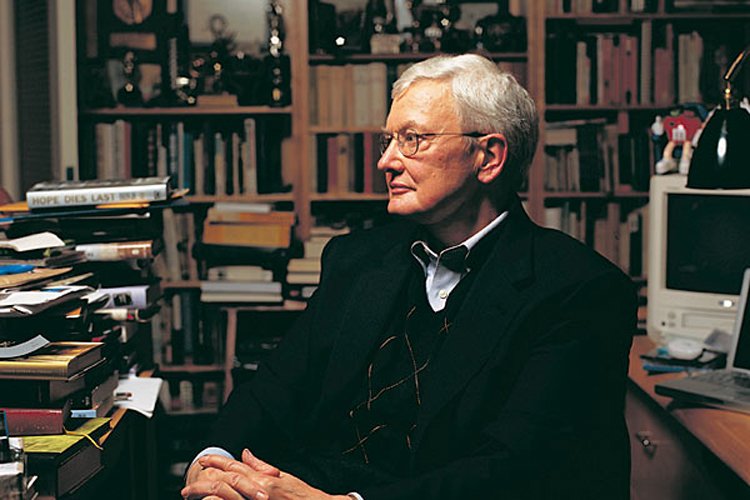 After wrapping up the 25 best films of the year thus far, it’s time to enter the second half of 2014, and with it comes at least one film that’s sure to be on my top 10 list by year’s end. Aside from one supremely promising blockbuster, July’s cream of the crop lies with a handful of festival favorites making their way into theaters. Check out the rundown below, then let us know what you’re most looking forward to.

Synopsis: A “typical” day in the life of The Beatles, and one of the best concert films ever made.

Why You Should See It: While we don’t usually include restorations on this feature, a worthy exception is made to sneak in two of the greatest music-related films. Along with a Criterion release, Richard Lester‘s restored Beatles feature is getting quite an extensive tour around the country (dates here). Meanwhile, Jonathan Demme‘s digitally restored Talking Heads concert film technically started its brief theatrical run last month, but will expand in the coming weeks. One can see those dates here.

Synopsis: Irresponsible 20-something Jenny arrives in Chicago to live with her older brother Jeff, a young film-maker living a happy existence with his novelist wife Kelly and their two-year-old son. Jenny’s arrival shakes up their quiet domesticity as she and her friend Carson instigate an evolution in Kelly’s life and career. Meanwhile, Jenny strikes up a rocky relationship with the family’s baby sitter-cum-pot dealer.

Why You Should See It: While it was far from a large-scale effort, Joe Swanberg stepped up his game with Drinking Buddies, marking his highest-profile film yet in both cast and budget; he’s now set to follow it up with a Christmas-themed drama, one that will hopefully continue his knack for authentic characters. Starring Anna Kendrick, Melanie Lynskey, Mark Webber, Lena Dunham, and Swanberg himself, the story follows a woman who moves into her brother’s house following a break-up. Reviews were fairly positive out of Sundance and, after its current VOD release, will hit theaters at the end of the month. Synopsis: Wealthy, inventive bachelor endeavors to find a cure for his lover Chloe after she’s diagnosed with an unusual illness caused by a flower growing in her lungs.

Why You Should See It: After a string of disappointments from the director, we found a lot to love in Michel Gondry’s latest work. While it has been cut down (with his approval) since a viewing at Fantastic Fest, we said, in our review, “Whether it’s on account of the visual flair he showcases in this hyper-stylized alternative universe or, perhaps, through the frank manner some characters talk to each other, whimsical is the perfect adjective to describe Michel Gondry‘s latest film, Mood Indigo. Wild colors pepper the first half, and there’s an intense level of fun to be had throughout — but it’s not just visual flair. As we fall for our two leads, Chloe (Audrey Tatou) and Colin (Romain Duris), their profiles are intricately constructed. The latter, an extremely eligible bachelor, has a full-time lawyer who cooks for him in his wacky trailer apartment, never working because he has plenty of money.” Synopsis: A growing nation of genetically evolved apes led by Caesar is threatened by a band of human survivors of the devastating virus unleashed a decade earlier. They reach a fragile peace, but it proves short-lived, as both sides are brought to the brink of a war that will determine who will emerge as Earth’s dominant species.

Why You Should See It: Co-writing an early James Gray feature, taking on a handful of television episodes, directing one of the most thrilling found-footage films to date, taking on a the difficult but worthy task of remaking one of the best foreign films of recent years — Matt Reeves‘s career thus far has been a varied one. Judging from early reactions, it looks like he’s crafted his most creatively (and likely financially) successful film yet with this sequel to a prequel / reboot. Maybe he shouldn’t be doubted, and with comparisons akin to the jump from Star Wars to Empire Strikes Back, he has our attention.

Synopsis: A Chechen Muslim illegally immigrates to Hamburg, where he gets caught in the international war on terror.

Why You Should See It: While it’s not the knock-out drama I was hoping for, I said, at Sundance, “Anton Corbijn‘s The American is a restrained, absorbing and visually staggering story of an assassin on his final mission, but the marketing sold it as star-powered, edge-of-your-seat thriller. With his follow-up, an adaptation of the John le Carré novel A Most Wanted Man, those expecting the former might be disappointed, as it sways to the latter, resulting in an above-average thriller that could have used a more unconventional visual approach.”

Synopsis: A romantic comedy about an Englishman brought in to help unmask a possible swindle. Personal and professional complications ensue.

Why You Should See It: If one follows the notion that Woody Allen goes from hit to dud and back, then I suppose we should be less excited for his latest work — but, after a strong preview, we can’t help but anticipate the Darius Khondji-lit, France-set project. Jumping back into more whimsical territory, we’re looking forward to the pairing of Colin Firth and Emma Stone, even if the age gap is a bit strange — although not for Allen, we suppose.

Synopsis: A screenwriter goes into hiding with his dog after the regime declares dogs “impure” and bans them from walking in public.

Why You Should See It: The latest work from one of the most thrilling voices in international cinema is sadly getting one of the smallest releases this month, but be sure to seek it out if you can. As was stated last year, “Jafar Panahi’s Closed Curtain is a thrilling meditation on—literally—the liberating powers of cinema, an exploration of where hope comes from, and a chilling cry for help. What begins as a fiction slowly reveals itself to be a visualization of one filmmaker’s creative process, as well as a more fleshed out exploration of what constitutes a film and how digital technology can impact filmmaking that Panahi examined in his previous work, This Is Not A Film.”

Synopsis: A pair of former brothers-in-law embark on a road trip through Iceland.

Why You Should See It: Among the most authentic, purely enjoyable experiences one is bound to have in theaters this summer comes in the form of this Sundance hit. Back at the festival, I wrote, “Following his break-out performance in last year’s restrained Sundance drama This is Martin Bonner, the talented Paul Eenhoorn has returned to the festival with Land Ho!, a lovely, hilarious, and beautifully photographed road trip comedy. While Eenhoorn provides the tender, more reserved half of the duo as Colin, it’s his ex-brother-in-law, Mitch (Earl Lynn Nelson), who steals the show as a foul-mouthed, perpetually horny, pot-smoking, recently retired doctor.”

Synopsis: A documentary film that recounts the inspiring and entertaining life of world-renowned film critic and social commentator Roger Ebert.

Why You Should See It: As backed by Martin Scorsese and Steve Zaillian, the world’s most influential film critic has received the documentary he deserves with Life Itself. Capturing the final, heartbreaking months of Roger Ebert’s life and going into the archive to tell his life’s journey, Steve James was the perfect choice to direct the project. One can read our full review, from Sundance, for the balanced documentary that’s a must-see for anyone who loves going to the movies — but, more importantly, discussing them afterward. Synopsis: Captures the life of a boy named Mason from age 5 to age 18 in Texas.

Why You Should See It: Easily one of the most astounding cinematic achievements we’ll get this year, Boyhood is not only impressive for its method (filmed over 12 years), but the way in which Richard Linklater captures his story. “This is a film of many small moments, all added together to make something quite wonderful,” we said in our review. These unassuming glimpses of childhood create such a complete, staggering portrait of growing up, it’s difficult not to find something to relate to here. Expanding throughout the summer, this is truly the must-see epic of the season.

What are you most looking forward to this month?