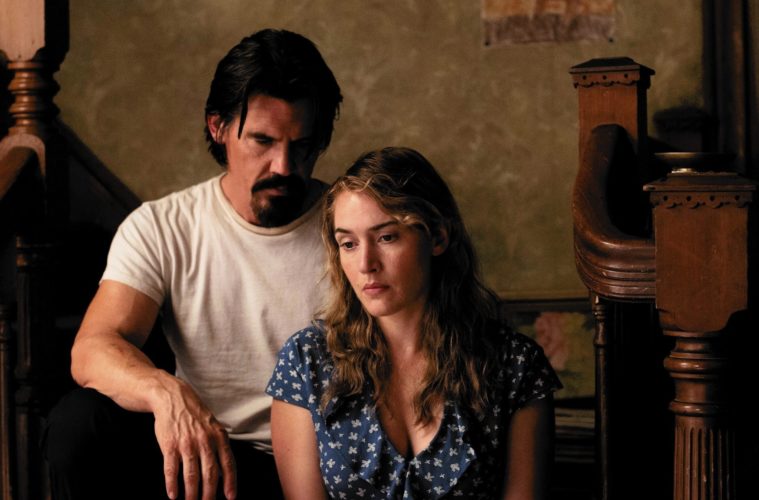 10 Films to See In January With 2013 in the rearview (read our complete year-end coverage, including top 50 films here), it’s time to turn to 2014. Before we deliver our most-anticipated films of the year, we’re focusing solely on January. As with every year, the month looks to be a dumping ground for studio releases, but when it comes to limited releases, it might be the best slate I’ve ever seen. While much of our focus will be on Sundance 2014 coverage as the month proceeds (follow that here), January will also feature the wide releases of Spike Jonze‘s Her and Peter Berg‘s Lone Survivor, along with expansions for others, so without further ado, check out the list below.

Synopsis: As the police launch a full-scale crackdown on organized crime, it ignites a national yakuza struggle between the Sanno of the East and Hanabishi of the West.

Why You Should See It:  If you like your imported thrillers of the violent, crazy variety, then you’ve probably already taken a liking to Japanese filmmaker Takeshi Kitano. After debuting Outrage back in 2010, he’s returned for the follow-up, Beyond Outrage. The trailer features a mix of inventive killings, bloodshed, gunshots and a few laughs, and hints at a fun start to 2014.

Synopsis: Derived entirely from the “black box” transcripts of six major airline emergencies, Charlie Victor Romeo puts the audience inside the tension-filled cockpits of actual flights in distress, offering a fascinating portrait of the psychology of crisis and a person’s will to live to the last second.

Why You Should See It:  After premiering at Sundance Film Festival last year, Charlie Victor Romeo brings to life six black box recordings of real emergencies. Adapted from a stage play by directors Robert Berger, Patrick Daniels and Karlyn Michelson, the film also uses stereoscopic 3D to capture the events, adding another layer of immersion. With teasers hinting at one-of-a-kind visceral experience, your theatrical options will be limited, but seek it out if you can.

Synopsis: Pug, a young boy growing up on a combative West Baltimore block, finds solace in a group of illegal dirt bike riders known as The 12 O’Clock Boys.

Why You Should See It:  For those that have already experienced the extraordinary series that is The Wire, this new documentary adds in a missing element in David Simon‘s exploration of Baltimore crime: dirt bikes. With the comparison already floating around after the film’s SXSW premiere last year, Lotfy Nathan‘s exhilarating look into this dangerous way of life will now arrive in theaters in a limited capacity this month.

Synopsis: Run and Jump is an unconventional love story and authentic portrait of a happy-go-lucky Irish family.

Why You Should See It: While this past fall saw the release of Nebraska, a dramatic effort from Saturday Night Live‘s Will Forte, it wasn’t his first. Earlier in 2013, Tribeca Film Festival hosted the premiere of Run and Jump, which features the actor in a supporting role. As we said in our review, it’s a film that will grow on you, slowly and subtly absorbing you into its world. With an observant structure, we are the third wheel in a tested marriage, following an American therapist, Ted (Forte) who arrives to a Ireland to document the recovery of Conor (Edward Macliam), a family man whose suffered a stroke. “

Synopsis: Depressed single mom Adele and her son Henry offer a wounded, fearsome man a ride. As police search town for the escaped convict, the mother and son gradually learn his true story as their options become increasingly limited.

Why You Should See It: While Jason Reitman‘s latest drama had a one-week qualifying run at the end of the month, it’ll officially be released in a few weeks. Although the reaction has been tepid overall, we were major fans out of Toronto International Film Festival, saying in our full review, that “Kate Winslet and Josh Brolin warmed my heart and devastated it in equal measure, the pair of characters showing that passion and forgiveness in both one’s self and others, despite preconceptions, is always possible. You just have to be willing to open your eyes and accept it, no matter the cost.”

Synopsis: A story set in Santiago and centered on Gloria, a free-spirited older woman, and the realities of her whirlwind relationship with a former naval officer whom she meets out in the clubs.

Why You Should See It: It didn’t make the Academy Award’s shortlist for Best Foreign Language Film, but Chile’s Oscar entry is one of the most acclaimed of the overall batch. After premiering at Berlin Film Festival nearly a year ago, it’ll finally be arriving in limited release this month and if it finds its way to your city, seek it out.

Why You Should See It: We can think of few better ways to ring in the New Year than experiencing a new film from Koyaanisqatsi director Godfrey Reggio. His first feature in over a decade, Visitors looks to have a smaller scale than some of his other work, shot completely in black and white. While our TIFF review was mixed, I can’t wait to check it out for myself on the big screen.

Why You Should See It: Coming from the world of magic into another form of attraction, Penn Jillette and Raymond Teller debuted their first feature film, Tim’s Vermeer, on the fall festival circuit to instant acclaim and this month it’ll see a release. With Penn serving as producer and Teller taking on helming duties, the fascinating-looking documentary tracks their quest to uncover one legendary artist’s ability to create picture-perfect paintings.

Synopsis: Summertime. A cruising spot for men, tucked away on the shores of a lake. Franck falls in love with Michel. An attractive, potent and lethally dangerous man. Franck knows this, but wants to live out his passion anyway.

Why You Should See It: With Alain Guiraudie picking up the top directing prize for his latest drama at Cannes, and Cahiers du cinéma recently named the erotic drama the best film of the year, it’s safe to say anticipation is high for Stranger by the Lake. Our NYFF review was also quite positive, saying that the film “has a psychological and atmospheric intensity that doesn’t often make room for light comedy. (Which isn’t to say the film is never funny, but rather that the laughs are almost all underlined by urgent suspense.)” Arriving in a limited capacity this month thanks to Strand Releasing, it’s a must-see.

Synopsis: Ryota Nonomiya is a successful businessman driven by money. When he learns that his biological son was switched with another child after birth, he must make a life-changing decision and choose his true son or the boy he raised as his own.

Why You Should See It: Yet another Cannes hit is landing in limited release this month and it’s one of our favorite films from the festival. We said in our full review, “Oftentimes heart-wrenching, Koreeda is able to weave a range of emotions by remaining slightly detached and observing the subtle mannerisms of both families; with such great performances from both of the child actors, it’s near-impossible not be bowled over by their struggle to understand what’s happening. Contained within his script, too, are outright revelatory moments — not just about the meaning of a strong bond with your child, but also how this connection affects the rest of their life.”