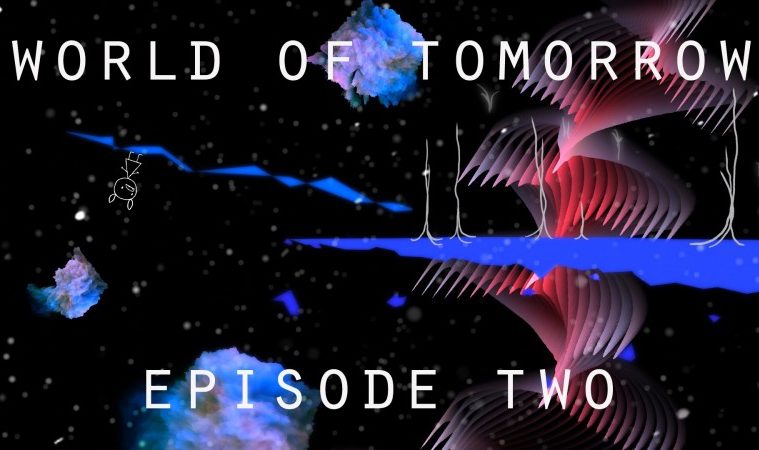 Don Hertzfeldt Returns to the ‘World of Tomorrow’ with Wondrous Sequel

“Some of these images may frighten you. My subconscious is not a happy place.”

With a single image on August 18, Don Hertzfeldt ignited a surge of excitement across Twitter and beyond, revealing he’s at work on a surprise sequel to his brilliant Oscar-nominated short World of Tomorrow. Now, only a few weeks later, not only is the sequel to his wildly imaginative, deeply funny, and existentially tragic short completed, it was already available to view, albeit in a very specific timeframe and location.

Screening at only one theater, once a day, Hertzfeldt’s follow-up to World of Tomorrow, bearing the sub-heading The Burden of Other People’s Thoughts, snuck into the Downtown Independent Theater in Los Angeles this past week. As explained by the director, this awards-qualifying run will be followed by a to-be-announced official premiere this month, then a wide theatrical release, perhaps tied to an upcoming feature if we had to wager a guess. As soon as we heard the news, we made our way to the next showing where there didn’t appear to be any casual moviegoers in attendance: only a dedicated, buzzing fan base, eager to experience whatever bizarre, lovable work was sure to come.

The second chapter of Don Hertzfeldt’s beguiling short opens almost exactly the same way as the first. Our beloved Emily Prime is busy drawing on the floor, enraptured by the world’s simple pleasures, when suddenly she is visited by a defective clone of herself. The sixth generation clone of Emily appears, riddled with glitches, incoherently describing her mission of returning to Emily Prime’s subconscious to restore order to the clones. None of this phases Emily Prime, of course. She’s just along for the ride. While the original film jumped right into explaining the convoluted setup of the world, this installment is given more room to breathe and have fun. Monologues about falling in love with rocks are replaced with time-traveling adventure, manifestations of subconscious, and endless observations from little Emily Prime. This is where Hertzfeldt most excels: seamlessly intertwining innocent jokes and imagination with eternal melancholy. Somehow, he’s able to magically make these complement each other while still telling such a complex story.

The wonder of this slightly-longer second chapter (clocking in at around 20 minutes) is found not only in the script or the voice work, but also in the overwhelming visual environments. Once again using digital animation, Hertzfeldt crafts jaw-dropping backgrounds and landscapes that surround his otherwise standard stick-figure characters. The most stunning examples can be found when our Emilys travel to the sea of realism, the core of subconscious, and, in a slight callback to the original film, Triangle Land. Everything is alive with colorful motion, until it’s suddenly not, and the Emilys are left searching in darkness for tangible glimmers of hope. There, in the marshland of the sea of realism, one can literally get stuck in the past, and as Emily 6 repeats verbatim: “It is easy to get lost in memories.”

Accompanying the mesmerizing visuals, complex themes, and endlessly insightful humor, the moral remains the same. There is much value in seeing the world through Emily Prime’s eyes, free from the contamination of real life, open to all the potential goodness that has yet to be discovered. While it treads similar ground, littered with some of the same musical cues and jokes, The Burden of Other People’s Thoughts is an entirely new entity, reminding us to steer clear of stale cynicism, and to instead embrace life in all its many forms, however difficult that may prove to be. The future will always be impossible to completely understand, but even despite the frightening version that’s depicted, we shouldn’t fear it. Being present, holding onto our hope is the best option.

By its conclusion, I was completely ready for it to start over. With so much wit and wonder packed into this follow-up, it’s difficult to process in one sitting. As promised by Hertzfeldt, I eagerly await its availability to a wider audience soon, so that I can go back and absorb it completely. For now, I’ll be working on my own memory extractor so that I can have this film forever.

As we await release details, if you have yet to experience Hertzfeldt’s wondrous World of Tomorrow, it’s now streaming on Netflix (for a limited time) or, better yet, pick up his essential Anthology Collection.