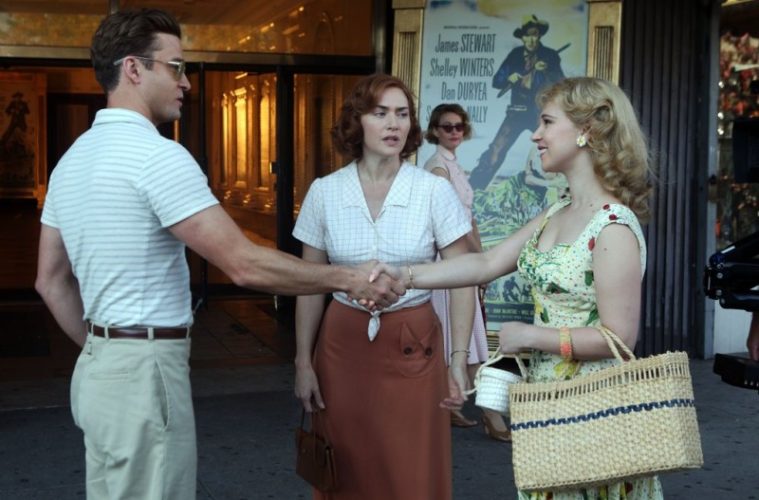 Although it hasn’t been officially announced by U.S. distributor Amazon Studios yet, if history repeats itself, a new Woody Allen film will arrive this summer. It’s also the most fitting release window in some time for the director as his next feature takes place in the summer days of the 1950s, specifically in Coney Island. Although no more plot details beyond the setting have been revealed, the newly announced title should be of no surprise to those familiar with the Brooklyn locale.

Titled Wonder Wheel, it takes its name from Deno’s amusement park located there, whose circular main attraction opened back in 1920. This title was revealed by Mars Film CEO Stephane Celerier (via Woody Allen Pages), so presumably they’ll reunite with Allen to distribute his latest film in France once again.

Starring Kate Winslet and Justin Timberlake (who plays a life guard, as we can glean from set photos), as well as Juno Temple, Jim Belushi, Tony Sirico, Jack Gore, Steve Schirripa, and Max Casella, we wouldn’t be surprised if Allen returns to Cannes once again for a premiere, so stay tuned. In the meantime, one can see the first look above, featuring Timberlake, Winslet, and Temple, which actually surfaced back during its early fall shoot.