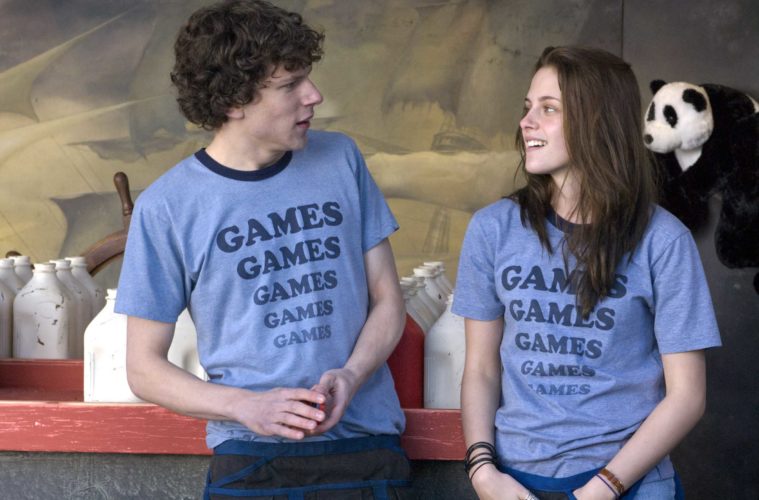 While he’s currently preparing to release his next film, the Joaquin Phoenix-led Irrational Man, this summer, Woody Allen is staying busy as usual. Along with an Amazon series, we have word that he’ll continue his one-film-per-year streak. According to Deadline, no plot details or title are known yet, but J have joined the film. Along with the Adventureland and American Ultra reteam, we’re quite looking forward to seeing what Willis can do in a Woody Allen feature. There’s certainly more details to come, but in the meantime, we can look forward to Irrational Man arriving on July 24th.

In other casting news, before his Blade Runner sequel, director Denis Villeneuve will get some sci-fi experience with the long-planned Story of Your Life. Led by Amy Adams, THR now reports that her American Hustle co-star Jeremy Renner has joined the Paramount project. Adapted by Ted Chiang‘s short story it follows the aftermath of an alien landing on Earth and and expert linguist (Adams) is “recruited by the military to determine whether they come in peace or are a threat.” Renner takes the role of a “physics professor paired by the government with the linguist to help communicate with the aliens.” When Adams’ character begins to communicate she experiences “vivid flashbacks that become the key to unlocking the greater mystery about the true purpose of their visit.” Scripted by Eric Heisserer, it’ll shoot this June after Renner takes part in Captain America: Civil War.

Following his worldwide hit Life of Pi, Ang Lee will be adapting Ben Fountain‘s Iraq War novel Billy Lynn’s Long Halftime Walk into a feature film, with a script by Simon Beaufoy (Slumdog Millionaire) and now we have the first casting. The story follows a teenage soldier who survives a battle in Iraq and then is brought home for a victory lap before returning to war. Deadline reports that Garrett Hedlund will take the second lead as Bravo Company squad leader, Sgt. Dime, with newcomer Joe Alwyn taking the lead.

Lastly, Trollhunter director Andre Øvredal has set his cast for his English-language debt, The Autopsy Of Jane Doe. Deadline reports that Emile Hirsch and Brian Cox have signed on for the Black List script production, which follows “a father and son coroners who receive a mysterious homicide victim with no apparent cause of death. As they attempt to identify the beautiful young “Jane Doe,” they discover increasingly bizarre clues that hold the key to her terrifying secrets.” Production kicks off later this month in the UK for a release likely next year.