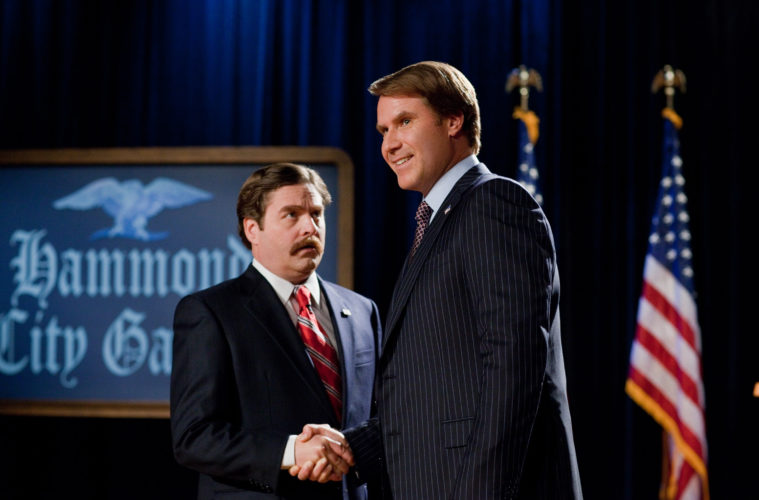 Who will you vote for? Today we’ve got the first look at Jay Roach‘s summer comedy The Campaign, a political satire tied to this year’s presidential race. Instead of Obama and the opposition, we’ve got Will Ferrell and Zach Galifianakis as dueling candidates in their North Carolina district. Warner Bros. has debuted the first footage on two separate Facebook pages, one for Ferrell’s Cam Brady and the other for Galifianakis’ Marty Huggins. They come in the form of two hilarious political ad spots, accompanied by banners. If Roach can nail this satire, I could see it being one of the surprise hits of the summer. Check it out below for the film also starring Jason Sudeikis, Dylan McDermott, Katherine LaNasa, John Lithgow, Dan Aykroyd and Brian Cox.