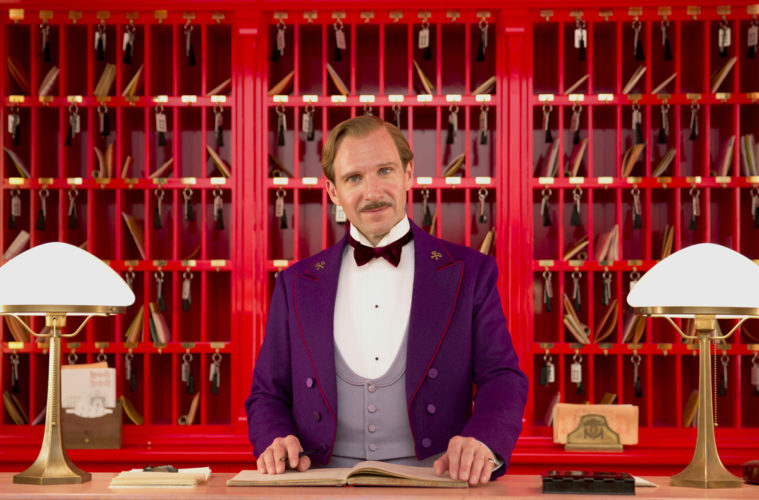 How Wes Anderson gets perfectly centered shots, thanks to Fast to Create‘s in-depth interview with cinematographer Robert Yeoman:

“In the morning, before Wes arrives, I come onto the set and place the cameras,” Yeoman explains. “I have the camera assistants take a tape measure from each edge of the matte box in front of the camera and go to the corner of the room to ensure that the camera is perfectly centered. When Wes gets to the set often the first question is, he’ll look at me and ask, “Are we in the center?” So then I can say for example, ‘Yes we are 22 feet and eight inches from that corner, and 22 feet and eight inches from the other corner. For us, that’s pretty standard practice.”

Watch an hour’s worth of Saul Bass title sequences, thanks to Key Frame:

Luca Guadagnino‘s A Bigger Splash has been acquired by Fox Searchlight. It’s one of our most-anticipated films of 2015.

THR has Deer Hunter director Michael Cimino‘s first interview in over a decade:

Every first-rate film about war is an anti-war movie. You think of All Quiet on the Western Front directed by Lewis Milestone. There’s nothing good that comes out of war. It’s simply hell on earth, and people survive and people don’t. Individuals emerge who become special, but it’s brutal. All one has to do is look at old footage of the firebombing of Dresden during World War II and think of the people beneath those bombs. It’s horrific. I think American Sniper is anti-war. It demonstrates the agony of the decision-making that goes on. When do I pull the trigger? Do I pull it on a 10-year-old kid picking up a bazooka or not? Do I shoot this woman or not? It’s agony.

Watch a video on the use of mirrors in the films of Ingmar Bergman: