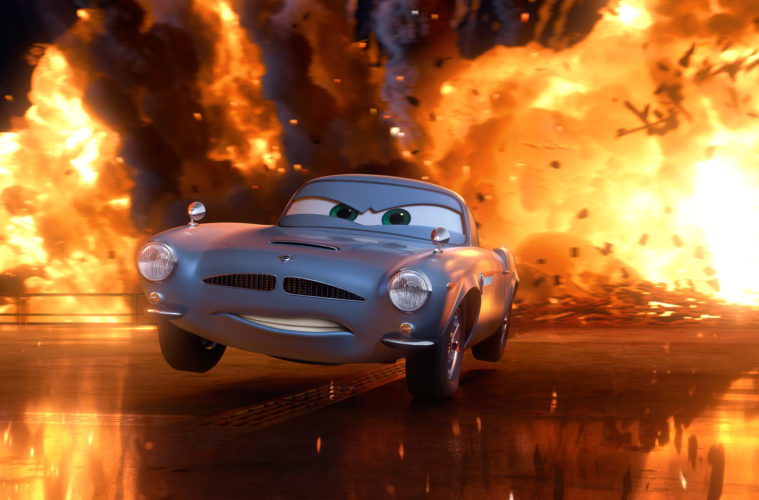 Despite a lashing from critics, Pixar’s Cars 2 easily took first place this weekend with $68m. Considering the increased franchise awareness and the addition of 3D (which accounted for 38% of the gross), it is a bit of a disappointment with the original grossing $60.1m on its opening weekend five years ago. Take in Toy Story 3′s $110m opener last year and it stings a bit more.

Sony’s Bad Teacher, another victim of poor reviews, managed to surprise, taking in $31m its opening weekend. Warner Bros. big summer bet looks like it won’t be paying off either, as Green Lantern skyrocketed down 65.5%, grossing $18.35m in its second weekend.

Super 8 managed to stay afloat with $12.1m in its third weekend and just about to cross the $100m mark domestically. Comedy wise, Bridesmaids is still on fire for Universal. It opened two weeks before The Hangover Part II, yet their weekend grosses are about the same. The former made $5.37m, while the latter took in $5.86m.

In limited releases The Tree of Life is just barely outside the top 10 again taking in $1.36m from just 215 theaters. A Better Life, which debuted this week in 4 theaters, grabbed $60m. Next week sees the release of the biggest blockbuster of the summer, Transformers: Dark of the Moon (debuting late on Tuesday), as well as Universal’s romantic comedy Larry Crowne with Tom Hanks and Julia Roberts. Fox will be debuting their tween flick Monte Carlo and Magnolia unleashes The Perfect Host in just two theaters.

Check out the Top 10 below.

Did you see Cars 2 or Bad Teacher this weekend? Will you be seeing Transformers: Dark of the Moon on Tuesday?