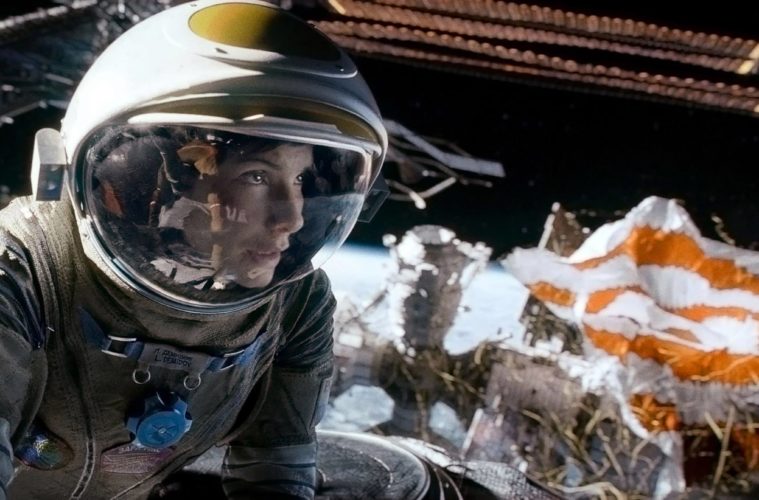 All space-related film talk may currently be directed towards a certain Christopher Nolan blockbuster, but last year the conversation surrounded Gravity, Alfonso Cuarón‘s space thriller, which didn’t go as deep into the universe as Interstellar, but provided for a briefer, perhaps more intense experience. Warner Bros. have now given us a reason to bring it up again, thanks to the release of a new Diamond Luxe Edition set, notably when it comes to an intriguing new feature.

Diegetically, Cuarón’s film stuck to the rules of space, with no sound behind heard outside of suits or spacecrafts, but non-diegetically, composer Steven Price delivered a complete score — a topic of contention for many. The new Blu-ray release will now offer, along with Dolby Atmos, a “Silent Space Version” in which one can “experience the film without music for a surprising cinematic experiment.”

While I’d imagine the visual experience will lose some of its luster on the small-screen, we have to say we’re interested in the potential effectiveness of an unscored version. Now available for pre-order ahead of a February release, check out the covers below (h/t @tylerdvdtalk), along with a pair of featurettes of the filmmakers discussing the sound design. Gravity: Diamond Luxe Edition will be released on February 10th, 2015.

Are you interested in experiencing Gravity with no score?