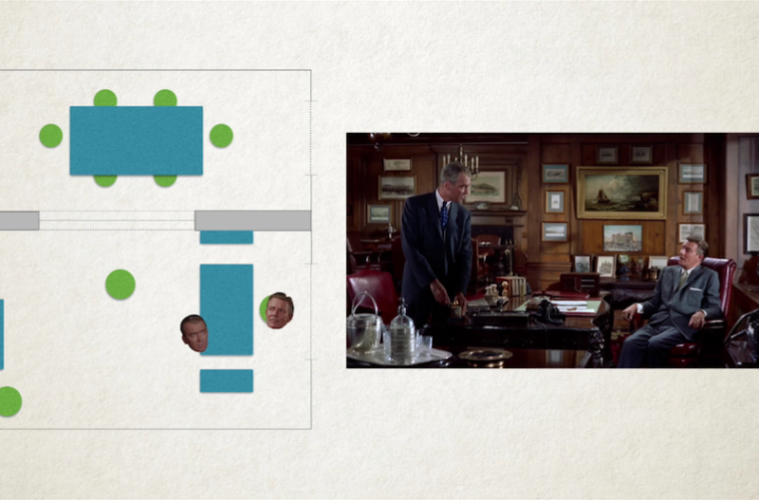 It was only last month when we shared a mega-post of materials regarding Alfred Hitchcock, so even if he weren’t among the most widely viewed and discussed artists in cinema history, you might think it’s a little soon to be sharing something else. But two video essays recently caught our attention: one weighs a familiar aspect of the director’s oeuvre; the other considers a key formal building block, certainly no stranger to examination, in a more directly visual way than one might be used to.

The latter examines how blocking during Vertigo‘s key exposition scene will lay out many of its dramatic and power dynamics, making use of a handy side-by-side mapping and effective voiceover by creator Evan Puschak. (We’ve previously featured his work.) The former concerns Psycho‘s shifting perspectives and their use as tools of manipulation, with citations of previous Hitchcock films offered to support its argument.