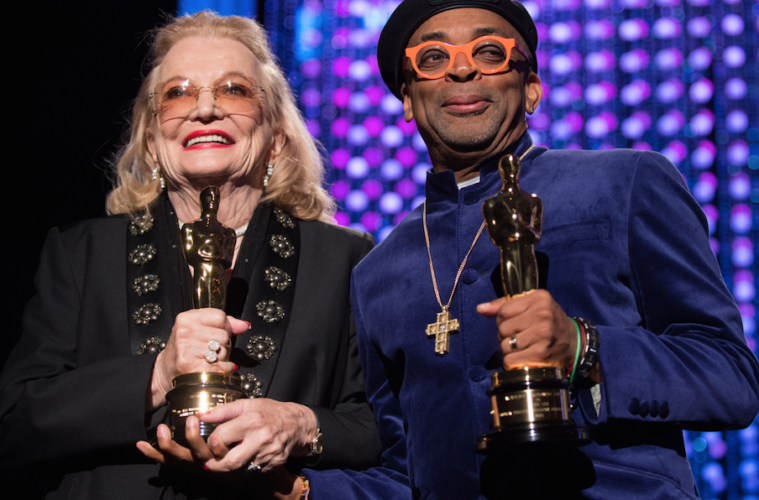 While the Oscars are still over three months away, the Academy held their yearly Governors Awards this past weekend. Being honored with Oscars this year were Spike Lee, Gena Rowlands, and Debbie Reynolds, and today brings the full speeches for those in attendance. First up, collaborators Samuel L. Jackson, Denzel Washington and Wesley Snipes were there to present Lee with his award, leading to a nearly-18-minute speech about his breaking into the business and the state of Hollywood.

Following that, Laura Linney honored the legendary Rowlands, who reflected on her experience working with Bette Davis and more. Check it out all below, along with special videos featuring Lee and Rowlands, along with a music video for Kevon Carter‘s WGDB, a forthcoming single from his Chi-Raq. We’ve also included an excerpt from Lee’s speech thanks to Vulture.

That’s when I learned the tough lesson: nothing happens overnight. There is no such thing as an overnight success. That’s the biggest thing I try to tell young people. You have to bust your ass, roll up your sleeves, and attack attack attack attack.

So at this point, I’m very happy. But it hasn’t been easy, I’m just as proud about this award as I am with the people in this industry [like me] who are now behind the camera. That was always the goal. If I got in, I was going to try and bring as many motherfuckers with me as possible!