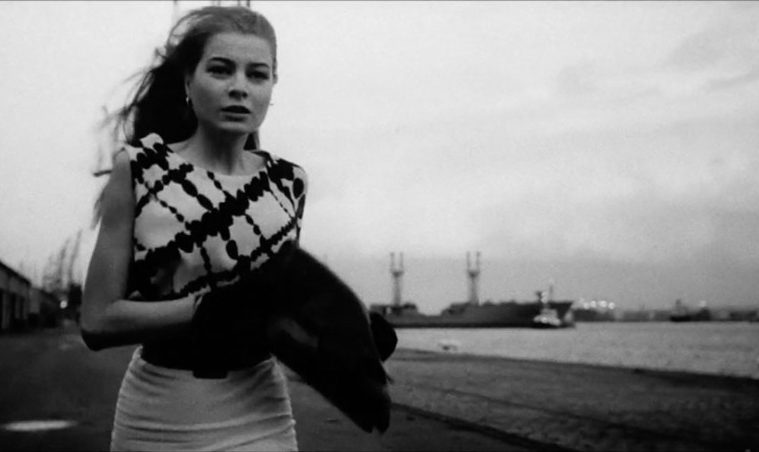 Watch an auteur’s early short and it usually goes one of two ways: a) the pieces, or fragments, of directorial style and thematics are all there, and hindsight makes it no wonder that said auteur ended up a major figure; or b) they clearly found a different way down the road, and “minor anomaly” thus becomes the common response.

Olivier Assayas’ 1982 piece Left Unfinished in Tokyo, as its title may suggest, has a way of splitting the difference. Le CiNéMa Club continue their programming hot streak with this 20-minute film, available for free until Friday and something of a must-see for fans and skeptics alike. It will take all of a minute to recall the international cross-referencing and espionage(-ish) dealings of Demonlover, Boarding Gate, and Irma Vep, its narrative — wherein some academics in over their heads find the picturesque qualities of their adopted country are perhaps enough to maintain security — a neat supplement.

As for the “picturesque,” though, it’s both more stable than the Assayas brand (you just envisioned a swirling camera moving over a table of scattered items, so no need to explain further) and, becuase of its restoration, contemporary-looking than its date would suggest. It fulfills the short-film ideal of feeling like neither a scene excerpted from a longer script nor a condensation of a feature, so: a thorough pleasure.

“I’ve always considered Laissé inachevé à Tokyo as a kind of film school short. I mean these films that one makes to get rid of bad ideas before confronting the real questions of cinema. It’s the film of a cinephile as you can clearly see, in that my references are drawn from the classic Hollywood era, from its iconic imagery. I strangely made in my early days a postmodern film when we didn’t think yet in those terms. But when we started to, I automatically rejected them. The end result is that I’ve kept a certain guilt towards my actors who trusted me, because I didn’t know how to direct and was imposing on them abstract, lifeless dialogue.

Laissé inachevé à Tokyo has nevertheless been an important film for me. I got to work for the first time with Denis Lenoir, who became the cinematographer for all of my early features, and with Luc Barnier, who edited them. Elli Medeiros was the superstar — in a Warholian way — of all of my short films and she is still one of my best friends. And because it’s a short film that people have loved, and it won awards, and also because, artistically speaking, I had a lot of fun making it. It’s the film of a graphic designer, of a visual artist if you want to be generous, influenced by the post-punk style of the times – Bazooka, for example – more than it’s a draft of my films to come. Yet, when I wrote Désordre, my first feature, it is thanks to this ‘successful stylistic exercise’ that I was able to gain the trust of my producers and his partners. Hence I should appreciate it more.”

Embedding is disabled, so watch it for free here.