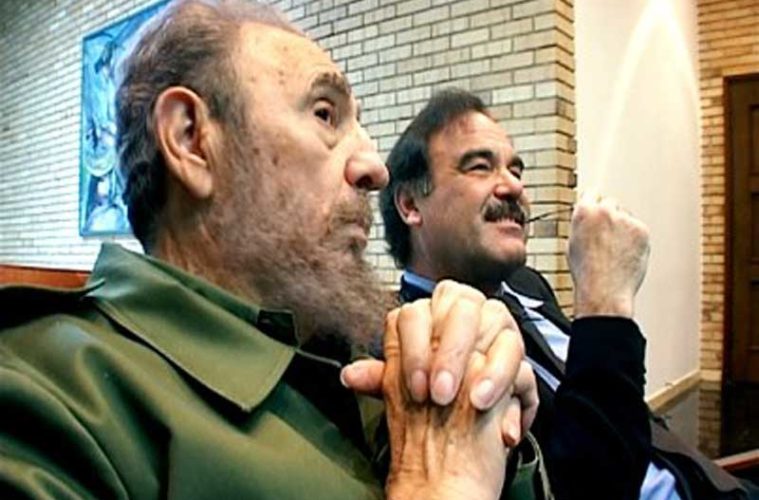 In 2003, Oliver Stone, the provocative director behind Platoon and Natural Born Killers, debuted his documentary on Fidel Castro. The hour-and-a-half feature was an intimate showcase of the communist and revolutionary figure. Exploring the hierarchy of power within communist Cuba through archival footage and the fascinations of its figurehead, Stone’s Comandante marries the director’s political musings with a challenging man.

Flash forward to today, Stone runs a site called The Oliver Stone Experience, but this 2003 doc may contain the quintessential Oliver Stone experience: he and Castro in the back of an armored car discussing the JFK assassination. Castro concludes the “possibility of a conspiracy is great,” echoing Stone’s sentiments and work in the 1991 film JFK. Throughout the course of the film,  Stone and Castro develop an unusual sense of camaraderie. He breaches subjects such as the dictator’s love life and the greater world outlook on Cuba and Castro. If it is problematic for Castro to declare he is only a dictator to himself, Comandante, as a documentary, is an equally beguiling experience, pairing documentary filmmaker and subject in such casual proximity.

The film was never theatrically shown outside of the Sundance Film Festival in the states, and, at the 2010 Santa Barbara Film Festival, Stone said the project was pulled by HBO two weeks prior to its release due to “pressure.” In the eleven years since that premiere, Stone would return to the documentary medium, working on a sprawling series The Untold History of the United States and, once again, Castro: Castro in the Winter was a follow-up that chronicled Castro’s deteriorating health and position in Cuba.

In addition to the full film, which we’ve posted below, we’ve discovered a version with Stone’s audio commentary. He explicitly addresses the narrative he attempted to weave in Comandante. “I fault him [Castro] for not having  a successor… that’s where the King Lear comes in. He doesn’t know. He doesn’t have an answer worked out.” If the past decade of Stone’s narrative cinema hasn’t worked for you, perhaps this startling documentary may catch your interest.

See both versions below:

What do you think of the documentary?