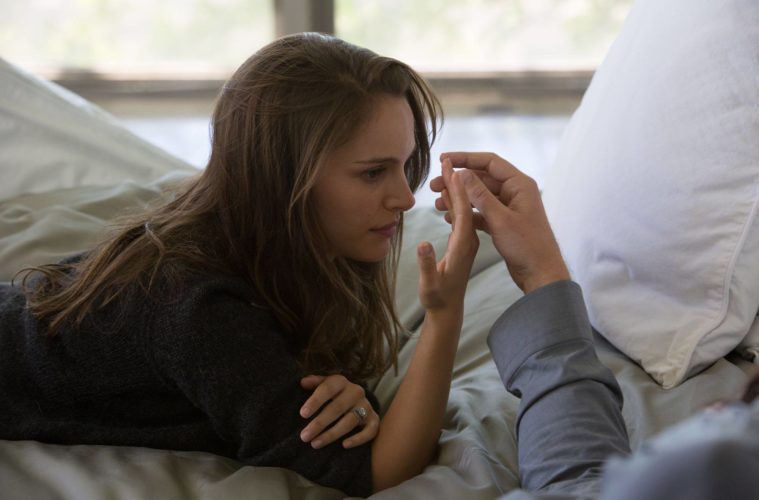 While those in the United States have to wait exactly half a year until Terrence Malick‘s Knight of Cups arrives in theaters, those across the world are a bit more lucky. The Christian Bale-led drama will see a release next week in Germany, followed by a November bow in France, and for the occasion, a new featurette has arrived. Packing more new footage than already glimpsed at in the trailer, as well as interviews with the cast (although no Malick to be spotted, of course), it should please those looking forward to the film.

We said in our review, “Malick, again working with DP Emmanuel Lubezki and that weightless camera, is just as capable of pulling breathtaking images from the Los Angeles cityscape and the homes of its rich as he was with the idyllic nature of his previous features. These are edited together in a rapid and free-associating flow, the fluidity of which is wonderfully enhanced through a classical score featuring pieces by the likes of Grieg, Debussy and Chopin. This resulting stream of consciousness is persistently transporting, going a long way to compensate for the script’s vapidity.”

Check out the new footage below along with a new synopsis (courtesy of Yahoo/One Big Soul), and listen to the soundtrack and more here.

Update: See interviews with Portman and Bale below.

Once there was a young prince whose father, the king of the East, sent him down into Egypt to find a pearl. But when the prince arrived, the people poured him a cup. Drinking it, he forgot he was the son of a king, forgot about the pearl and fell into a deep sleep.

Rick’s father used to read this story to him as a boy. Rick (Christian Bale) is now a comedy writer living in present-day Santa Monica. He longs for something other, something beyond the life he knows, without knowing quite what it is, or how to go about finding it. He doesn’t know which way to turn.

The death of his brother, Billy, hangs over him like a shadow. His father, Joseph (Brian Dennehy), bears a sense of guilt for Billy’s death. A surviving brother, Barry (Wes Bentley), down on his luck, has just moved to LA from where they grew up, in Missouri. Rick has been helping him get back on his feet.

Rick seeks distraction in the company of women: Della (Imogen Poots); Nancy (Cate Blanchett), a physician he was once married to; a model named Helen (Freida Pinto); Elizabeth (Natalie Portman), a woman he made pregnant; A stripper named Karen (Teresa Palmer); and a young woman who helps him to see his way forward, Isabel (Isabel Lucas).

Women seem to him to know more than he does. They bring him closer to the heart of things, closer to the mystery. The highs haven’t added up. The parties, the dalliances, the career none has satisfied. And still each woman, each man he’s met through the course of his life has served him in some way as a guide, a messenger.

The road to the East stretches out before him. Will he set forth? Will his courage fail him? Will he stay awake? Or will he let it all be just a dream, a hope, a passing fancy?

The journey has just begun.