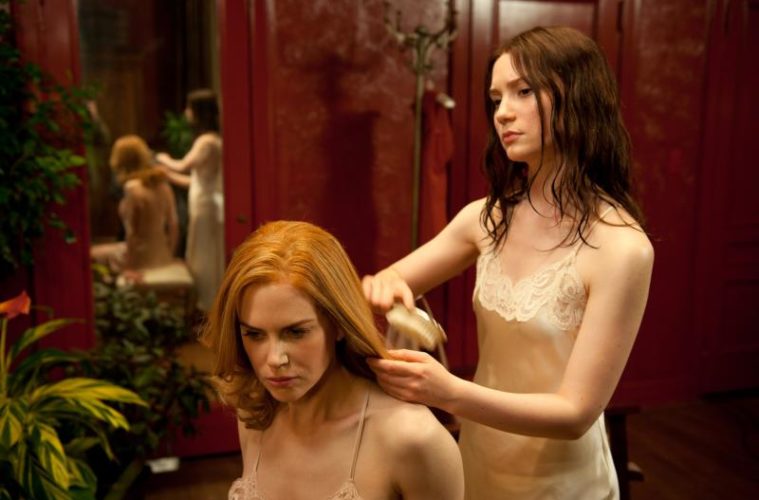 Watch: Meet Park Chan-wook’s Sinister ‘Stoker’ Family In New Featurette, Plus Find Out When You Can See the Film From the outset, anyone that has seen a Park Chan-wook film will know not to expect anything this side of normal when it comes to his Hollywood debut Stoker. As Fox Searchlight gears up for a release at the turn of the month, we’ve now got a three-minute featurette which highlights some of the sinister family dynamics at play in this story, which features Mia Wasikowska, Nicole Kidman, Matthew Goode, Dermot Mulroney and Jacki Weaver.

I was a fan of the film at Sundance (review here), saying, “as uncomfortable as we may be at the outcome, it’s difficult not to simply enjoy the feral, visceral events our director has concocted. Despite some missteps along the way in execution, Park Chan-wook has come to Hollywood in about the boldest way he can and his distorted vision is a welcome one in this terrain. Check out the featurette below, along with the early limited release expansion plans thanks to Fox Searchlight.

INDIANAPOLIS, IN
Keystone Art, Indianapolis, IN

PORTLAND, OR
Fox Tower, Portland, OR After India’s father dies in an auto accident, her Uncle Charlie, who she never knew existed, comes to live with her and her emotionally unstable mother. Soon after his arrival, she comes to suspect this mysterious, charming man has ulterior motives, but instead of feeling outrage or horror, this friendless girl becomes increasingly infatuated with him.