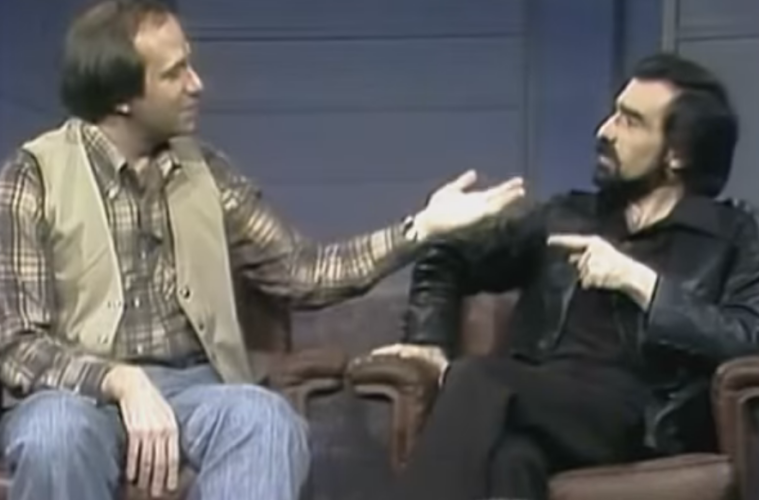 It’s a Brian De Palma kind of month, with most people giving their two cents on the auteur after having seen Jake Paltrow and Noah Baumbach‘s documentary, De Palma. We also recently launched a career-spanning series in which we will look at all of his films over the summer. De Palma is one of the more polarizing filmmakers around – one day he makes masterful filmmaking such as Blow Out, Dressed to Kill, and Carrie and then he pulls out a Mission To Mars or the quasi-unwatchable Bonfire of the Vanities.

De Palma’s best movie Blow Out, a riff/tribute to Antonioni’s Blow-Up, was a smart, hallucinatory take on voyeurism. John Travolta and De Palma evoked Hitchcockian tradition in the best of ways. It’s also the best performance from the actor we’ll likely ever see.

The 75 year-old De Palma seems to be everywhere these days. Of course, it helps that the documentary out right now about him is not only a love letter to his work, but also quickly becoming one of the very best-reviewed movies of the year. All this can only spell fortunes for this forgotten auteur, with a good chance to be embraced by millennials, many of whom, sadly, know him more for his lackluster work of the past two decades (Redacted, Passion, The Black Dahlia, Mission to Mars, Snake Eyes) rather than his peak that lasted throughout the ‘70s and ‘80s.

One can start to grow accustomed to this brilliant filmmaker by watching Baumbach and Paltrow’s film, but also by checking out some of the great interviews he did when he was churning out some of his best work. Today we’re featuring a 1992 interview with Charlie Rose where he discusses the whole of his career, but also the importance of casting and working with some of the best actors around, such as Pacino and De Niro. Perhaps more substantially there’s also a fascinating conversation from 1978 on The Dick Cavett Show between De Palma, who recently released The Fury, and Martin Scorsese, who was fresh off making Taxi Driver and The Last Waltz.

The conversations are honest, frank and revelatory as they bring you inside the head of one of the most misunderstood directors in cinema. Here was a man so passionate about his art that sometimes his ambitions would spiral out of control and get the better of him, but at other times it was pure magic. Most directors can only dream of ever having a filmography as dense and brilliant as that of Brian De Palma’s.

Check out the talks below, and see a new poster for the documentary.

Read our career-spanning retrospective, The Summer of De Palma, below.