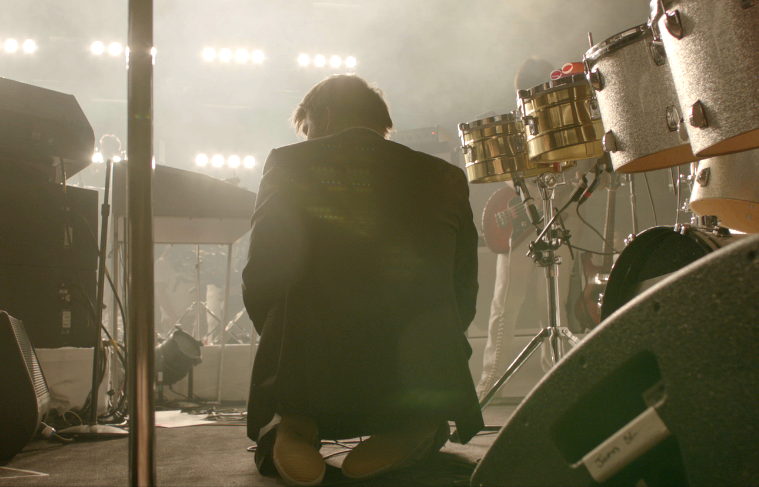 If you’re of the same mindset, music and comedy go down together quite nicely and we’ve got a treat for you this afternoon. After trailers for both, the first clips for two of my festival favorites have appeared. We’ve got a snippet from LCD Soundsystem‘s farewell concert doc Shut Up and Play the Hits, as well as Bobcat Goldthwait’s World’s Greatest Dad follow-up, the dark comedy God Bless America.

In the latter, we get a tirade from Joel Murray on the the sickening degradation of America pop culture. I loved the film at TIFF, as the director perfectly captures everything there is to despise about reality TV shows and other overarching messages in society. In the Shut Up clip we’ve got a snippet of their North American Scum performance and part of the interview with frontman James Murphy, where he goes into the reasoning for the break-up.

Check them out below via Pulse Films/Vulture and get ready to laugh and dance if you’re at SXSW this week, as both films are playing there.

God Bless America hits VOD on April 6th and in theaters on May 11th, while Shut Up and Play the Hits has yet to secure a US date.