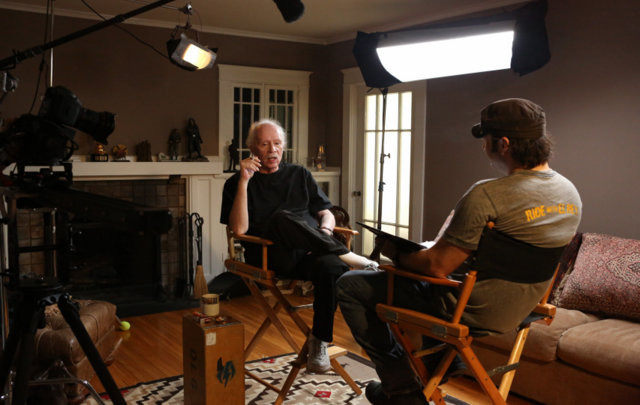 Say what you will about Robert Rodriguez‘s recent work behind the camera — no, IMDb isn’t lying: a second Sin City did come out last summer, and you’re forgiven for having not noticed — but give credit where it’s due for using his El Rey network as a platform for excellent director-on-director chats. Following examinations of Francis Ford Coppola and Quentin Tarantino, The Director’s Chair shifts its focus toward John Carpenter in the latest episode — a perfect candidate for this sort of thing, thanks to both the strong résumé and world-weariness he can bring to a career-long retrospective.

Though you might have to make a bit of inference in the latter sense (mostly via how he talks about studios and creative concessions), seeing as this episode isn’t so keen on following the failures of his career. Thankfully, Carpenter has done enough right to fill 45 minutes of runtime, and the openness with which he discusses all of this is characteristic of the no-bullshit attitude that runs through his best work. If we’re never going to get another film from him, this will have to do. It’s hardly the worst option.

Did this talk shine any new light on Carpenter’s career?