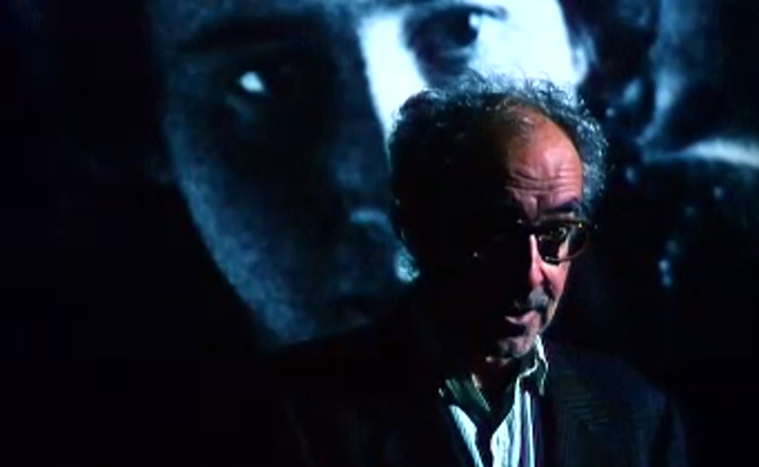 Watch: Jean-Luc Godard Presents “Letter in Motion” Before Premiere of ‘Goodbye to Language’ Goodbye to Language has premiered, and, following years of fervent speculation, it seems the discussion has only just begun. As the vast majority await their opportunity to see the film — there will be further festival appearances, surely, but what in the name of God are 20th Century Fox going to do with it? — there is, today, still a new piece from Jean-Luc Godard which all can… well, let’s not say enjoy. Typical of his “late” period, it’s a montage- and association-heavy trip through the culture established by both historical events and cinema itself. Portions of his own works — King Lear, Tribute to Eric Rohmer, Germany Year 90 Nine Zero, and (possibly) Histoire(s) du cinéma are evidently present — are joined by images of Rivette, Truffaut, and excerpts from the classic Hollywood cinema that sparked him some sixty years ago, all providing a glimpse into one of cinema’s most mysterious minds.

Dense on its own, but made nearly incomprehensible without English subtitles. As for some proper context: it’s Godard‘s “letter in motion” to Cannes organizers Thierry Frémaux and Gilles Jacob, over eight minutes explaining yet another absence from his native country’s greatest cinematic occurrence. A solemn apology or the most elaborate ¯\_(ツ)_/¯ this medium has ever seen? IndieWIRE have a translation, thankfully, and it begins like so without ever explaining too much:

Once again, I thank you for inviting me to the festival, but you know I haven’t taken part in film distribution for a long time, and I’m not where you think I am.  Actually, I’m following another path. I’ve been inhabiting other worlds, sometimes for years, or for a few seconds, under the protection of film enthusiasts; I’ve gone and stayed.”

What did you make of Godard’s statement?