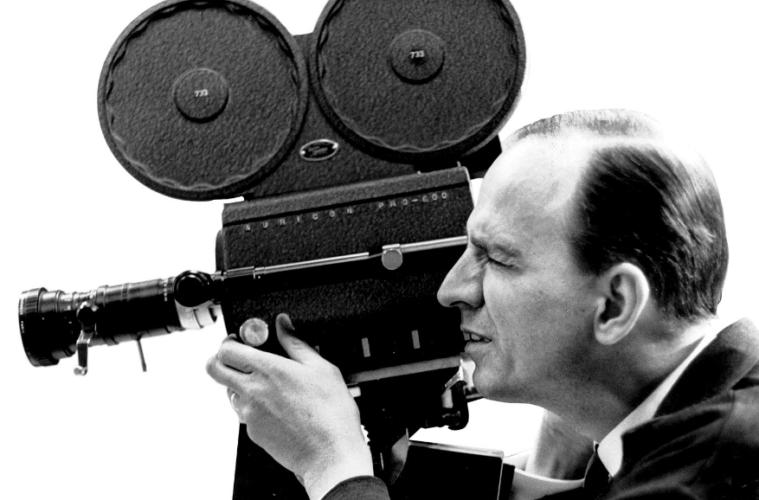 Watch Ingmar Bergman Make a Movie in 2.5-Hour Documentary From the Set of ‘Winter Light’

The late Ingmar Bergman brought an unprecedented force of philosophical clarity to cinema. From The Seventh Seal to Wild Strawberries to Persona, he crafted some of the most fascinating and seminal work — not just out of Sweden, but the world of film at large. The feature that has stuck with me the most from him, The Hour of the Wolf, is a haunting, hallucinatory journey that is completely mesmerizing and utterly unshakeable. Bergman could apply dream logic to scenarios in the most unexpected and terrifying ways, blending them with “real” moments until you questioned which was which. His films have a towering presence and energy, and his visual vocabulary stands as a testament to the power of images — singular in their capacity as conduits of ideas, emotions, and story.

Ingmar Bergman Makes A Movie is a 1963 documentary, featuring two-and-a-half hours of footage from pre- to post-production of Bergman’s Winter Light. Made by Swedish documentarian Vilgot Sjöman, everything from production design, editing, rehearsals, and conversations are featured, diving into one man’s singular genius. A note I loved is Bergman calling the clump of film that creates a rough cut as “a dead mass of film that you try to bring to life.” This is a beautiful summary of moviemaking overall: constructed, fractured moments of story shot over months or even years, that are then spooled through and picked apart by creative minds until unified by a method of subtraction into a cohesive, wonderful piece of art.

See the full documentary below in the playlist (tip: turn the subtitles on via YouTube). For more, watch a chat with the director here, and check out a list of Bergman’s favorite films here.

Ingmar Bergman Makes A Movie is also available on The Criterion Collection.