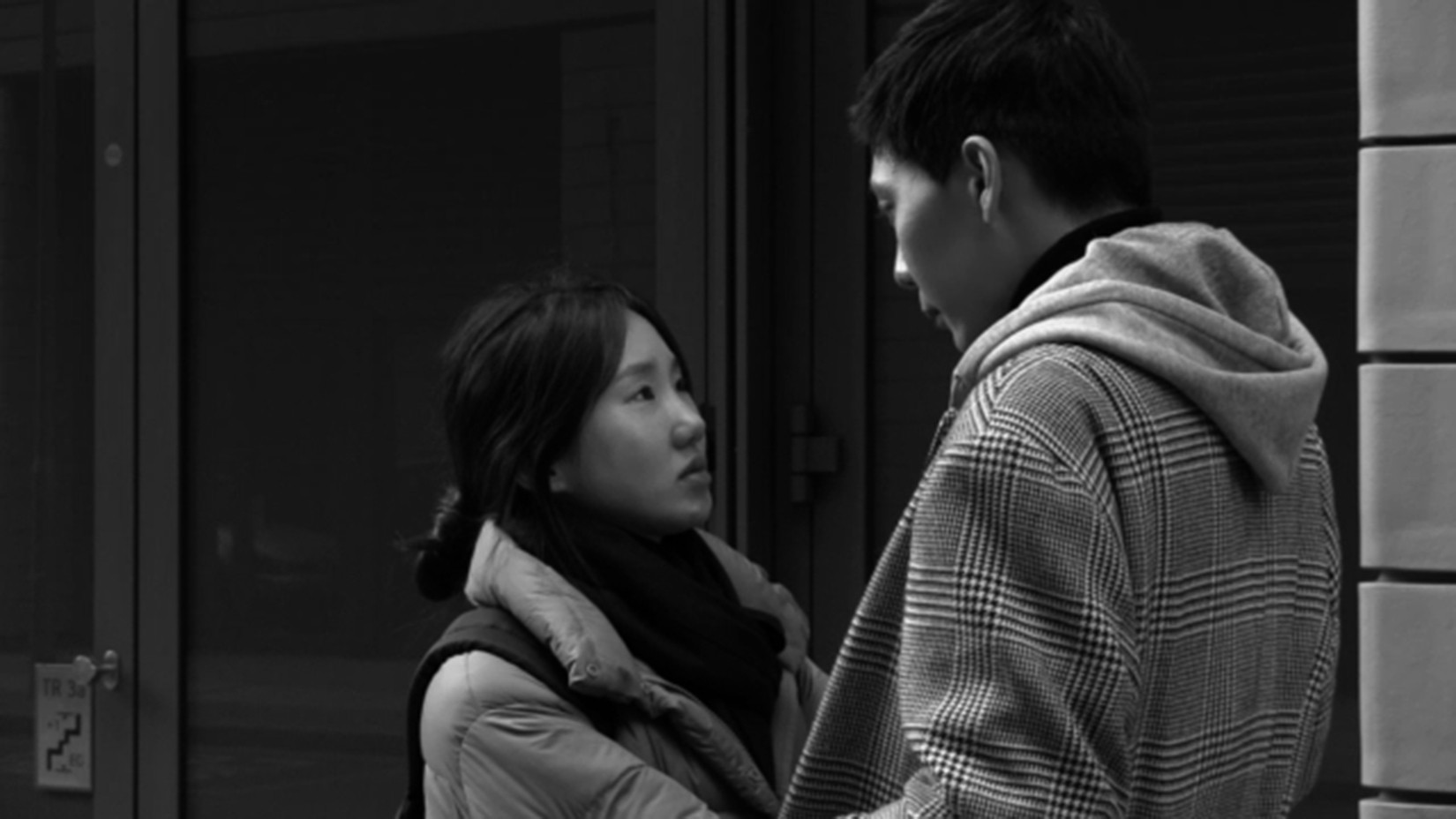 As we expected, the pandemic was not going to stop the prolific Hong Sangsoo from completing a new film. After premiering The Woman Who Ran at Berlinale last year, the South Korean master returns to the festival this year with a black-and-white offering titled Introduction. Clocking in at 66 minutes the cast includes Shin Seokho, Park Miso, Kim Youngho, Ki Joobong, Seo Younghwa, Kim Minhee, Cho Yunhee, Ye Jiwon, and Ha Seongguk, and today brings our first glimpse at the plot as well as footage.

See the synopsis below, followed by the clip, stills, and poster.

Youngho is summoned by his father, who is a doctor. Finding him busy with his patients, one of whom is a famous actor, Youngho has to wait. When his girlfriend Juwon moves to Berlin for her studies, Youngho shows up in the city to surprise her. Through her mother, Juwon has found accommodation at the home of an artist whose beauty intimidates her. Some time later, Youngho goes to lunch with his mother who wants to introduce him to a colleague – it is the same man Youngho met at his father’s clinic. Youngho asks his friend Jeongsoo to accompany him, and after lunch they go to the beach. Youngho falls asleep, and dreams of Juwon. When he wakes up, he braves the considerable cold and goes swimming, while Jeongsoo watches.

For the second year in a row, Hong Sangsoo returns to the Berlinale’s Competition with a film akin to the art of the aphorism: a poetic, philosophical gem. Two mothers attempt to introduce their children to life, but their offspring have decided to write their own introduction. That’s life, and, like all masters imbued with wisdom and wit, Hong appears to be speaking through the old actor when the latter tells Youngho, “However small, there’s nothing but good!”