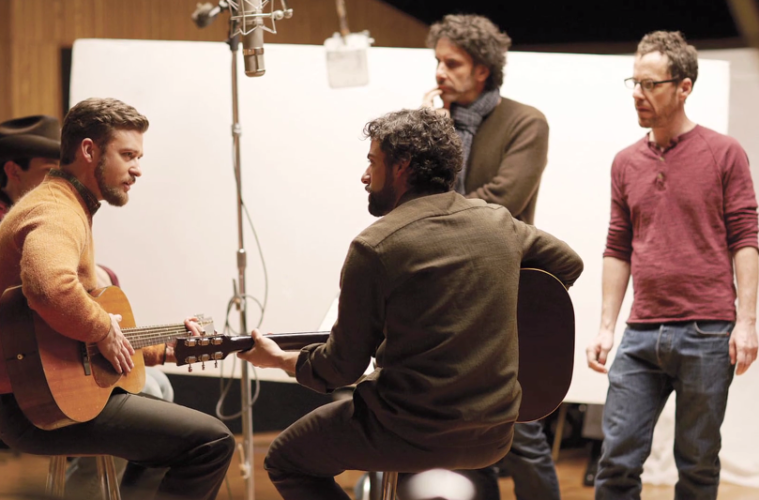 Watch: Go Inside the Sound of Coens’ ‘Llewyn Davis’ With 8-Minute Featurette As the year winds down, it’s difficult to find a better soundtrack than what the Coens put together for their folk music drama Inside Llewyn Davis. Working with music producer T-Bone Burnett, the collection of covers and re-recordings is the perfect match for the journey of our lead character, portrayed by Oscar Isaac, and today we have a behind-the-scenes look at how it came together.

Featuring Burnett, the Coens, production mixer Peter Kurland, and re-recording mixer Greg Orloff, SoundWorks Collection have unveiled an 8-minute featurette that discusses the process to bringing the music to life. Highlighted by candid behind-the-scenes footage, as well as scenes from the film, they discuss how Isaac had to nail the songs 20 times from different angles, as well as shooting in Lenny Kravitz‘s studio, and much more. Check out the featurette below, along with a 38-minute interview with Burnett, and tune in to our latest podcast, where we discuss the film.

Inside Llewyn Davis is now in theaters.

What’s your favorite song from the soundtrack?